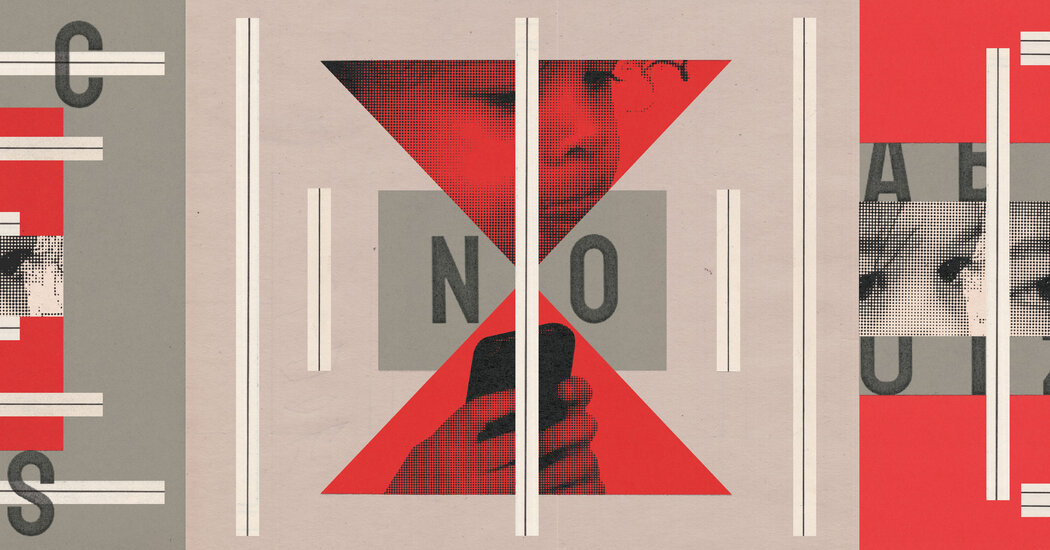 There’s an adorable video being sent to parents in at least one public school I know of, aimed at teaching children some Covid-era etiquette. It also reminds me of prison. Titled “Rules of the Digital Classroom,” it was made by an edutainment outfit called Manic Turtle, and it’s as peppy and upbeat as the name of the company implies. Organized in a basic dos-and-don’ts format, it features an adorable little girl, maybe 5 or so, demonstrating correct and incorrect strategies for attending school while staying home.

First, we see the girl lying on the carpet on her stomach, in front of her laptop, happily snacking on pretzels and off-brand Cheerios — a scenario that strikes me as perfectly natural, and in fact depicts my preferred writing posture. But here it’s meant to represent a cardinal error, the wrong way to do a thing that must be done correctly. So the image of the relaxed little girl is soon labeled with a big fat “No,” and is quickly replaced with an image of her sitting bolt upright at a tiny desk, eyes like platters, snapping to attention at some onscreen cue. She looks cute, sure, but so does Warren Beatty during the brainwashing scene in “The Parallax View.” The label changes: “Yes.”

Next, we see her chugging lustily from a sippy cup (No), followed by a shot of her dutifully typing while politely declining her father’s offer of a snack (Yes). We see her dancing wildly to loud music (No), then typing some more (Yes). Later, we see her fill a chat field with wall-to-wall unicorn emojis (No), followed by a polite request for the assignment to be explained (Yes — and the word “assignment” is spelled correctly, too).

The video has that classic Little Rascals-style charm, the one that comes from the sight of a kid acting businesslike, emulating adult work behavior as play. But this is precisely what’s so weird about it, and what winds up making me think, for some reason, about the French philosopher Michel Foucault, and his book “Discipline and Punish.” The kid in this scenario is not just playing at being a serious adult, one who already knows how to spell and manage browser tabs and account settings; she’s demonstrating how we actually expect small children like her to behave while learning from home. She hasn’t yet learned how to type, but appears in a video that insists she should be typing, and that other young children should follow her example — pretending they’re receiving a real education, so that adults can pretend we’re providing one.

I should probably point out that this video is not particularly unique or especially sinister. It’s merely an exemplar of a specific kind of tutorial aimed at re-educating disoriented families during these trying times. The format has by now become a genre, or a variety of propaganda, aimed at normalizing the strangeness of schooling from home. Another video in the genre covers everything from what parts of said home it’s appropriate to Zoom from (the toilet gets a big “X”) to what to wear (“Dress as though you’re leaving the house to go to school”) and what to show (“Turn on your camera and take a look at what’s around you. Is it what you want everyone else to see?”).

This guidance extends beyond cute videos for children. It can also be found in the notes and newsletters some districts send to parents, who may be trying to manage their own work-from-home scenarios — reminders on how to equip or manage their children for learning, requests that they avoid appearing on camera, warnings to wear appropriate clothing when passing through the background, bans on recording classes for later review, commands to find a permanent spot in the home where each child can work at a table or a desk. The assumption, of course, is that every kid has a comfortable, private space, that all homes can be equally “appropriate” by bourgeois standards, that all kids have the same access to parental help.

What links all these things is the way they pass the responsibility for upholding norms — for creating “school” — onto individual children and families. They exist to help you adapt, but also to normalize strangeness and chaos, now that it’s clear how little has been done to make normal school possible. Instead of solutions — for containing the virus, making schools safe, designing effective remote-learning programs — we get helpful online tutorials, aimed at gently training small children in the art of bringing the school not only into the home but straight into their souls. They gently shame you into compliance by insisting the strangeness, the chaos, is you.

Which is, of course, where Foucault comes in. He theorized that, as societies modernized, they moved away from the “theater of punishment” — in which the punishment “matches” the crime and is performed publicly to deter others — and toward hidden systems of discipline like prisons, in which control and surveillance and discipline are gradually internalized. He saw these systems afoot in institutions like the military, factories and schools, all of which produced “docile bodies” that fit neatly into capitalist economies. Somehow, the scenarios in Manic Turtle’s video smack of that. Each posits a way of being at home that must be modified for the new environment — a home onto which an institution (in this case, school) has suddenly been imposed. Private, unregulated space has now been breached and is in the process of being transformed into a space of surveillance and control — a kind of digital panopticon. (Don’t Zoom from the toilet! Remember, we can see you!)

Schools, public schools in particular, have always served a dual function: to educate your children and to mold them into compliant citizens. They don’t always succeed at either, but so long as students report each day to a building the school controls, that failure doesn’t threaten their institutional authority. What happens, though, when the schools are vacant? Some schools’ answer is apparently to maintain their authority by freely extending it into people’s homes, often in bizarre ways. One district insisted that its in-building dress code, which prohibited things like wearing slippers, still applied to distance learning. That strange mandate pales in comparison to the story of a Black middle-schooler in Colorado Springs who, according to reports, was playing with a toy Nerf gun during an online class; his school had the police sent to his house and accused him of “bringing a facsimile of a weapon to class.” But of course what happened was the exact opposite: The class barged into the place where his toy was, and then insisted that its rules applied there too.

This arrangement certainly fits the current political moment, in which rules are enforced arbitrarily and authority is imposed where it doesn’t belong. We have a government that struggles to maintain basic functions and institutions that have eroded to the point of helplessness — and yet their disciplinary mechanisms are increasingly encroaching into private space, a last-resort show of strength for authorities that can’t quite seem to earn our cooperation by functioning well. The video of that little girl is adorable — if you find the sight of a child internalizing the will of the monitor in her own home adorable, and if we’re willing to accept a version of a free society in which the camera is always on.

The Very Right-Now Allure of Going to Extremes