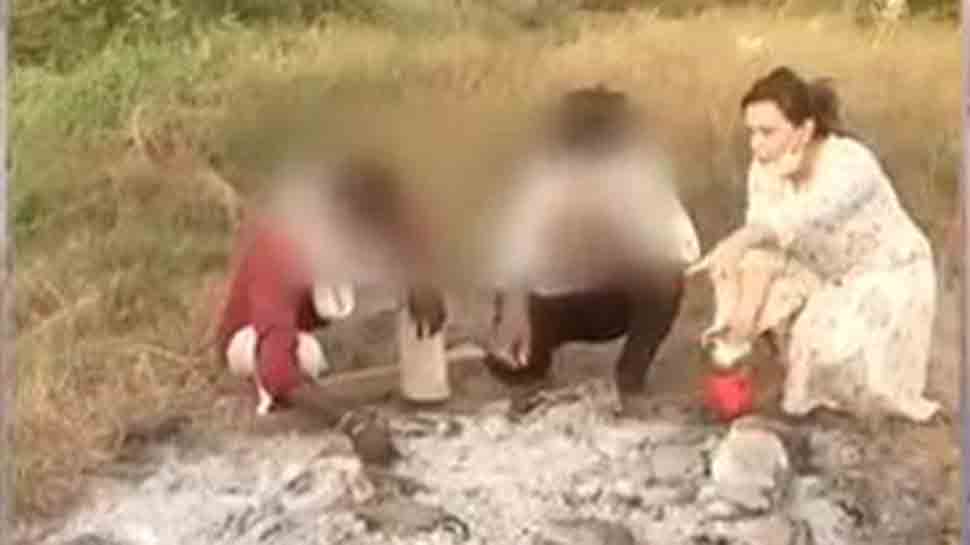 HATHRAS: Seeking justice for the 19-year-old girl, the family members of the Hathras gang-rape victim on Saturday (October 3) raised questions on the Uttar Pradesh police for forcible cremation of their daughter’s body. The family also claimed that it wasn’t their daughter’s body that was cremated by the police without their consent and suspected that the body might had been changed by the police officials.

“We want to know whose body was burnt on that day. And if it was our sister’s body then why did they burn her (the body) in this manner? All of us requested the police and the administration to allow us to see her one last time,” said the victim`s brother after the media was allowed in the village and to speak with the victim`s family.

“Moreover, when we requested for the post mortem report, they said you will not understand it as you cannot read English,” the brother told ANI.

As per a source from the family, the 3-member SIT team that was formed by the Uttar Pradesh CM to investigate and submit its report on Hathras gang-rape, neither visited their house nor spoke to them on Saturday. They alleged that the SIT team spoke with other people of the village yesterday.

The family complained that they have not been allowed to go out of the house for the last two days and there is a constant presence of police personnel in the house all the time.

“We requested the policemen to let us have some privacy. They were in the house all the time. The administrative officers used to come in and ask us to show our phone. This was the only communication we had with the outer world in the last two days,” victim`s brother added.

Meanwhile, five Congress leaders including Rahul Gandhi and Priyanka Gandhi on Saturday evening arrived in Hathras to meet the gang-rape victim’s family amid dramatic twist following massive police arrangements and traffic chaos at the DND in the afternoon.

After the UP government allowed at least five person to proceed to Hathras, Rahul and Priyanka’s cavalcade could cross the DND. Amidst the chaos, the police had to resort to mild lathicharge to disperse the huge crowd that had assembled at the DND flyway.

How the battle over Judge Amy Coney Barrett’s confirmation could reshape the Senate.

The Ghost of Woodrow Wilson

Julia Reed, Chronicler of Politics, Food and the South, Dies at 59