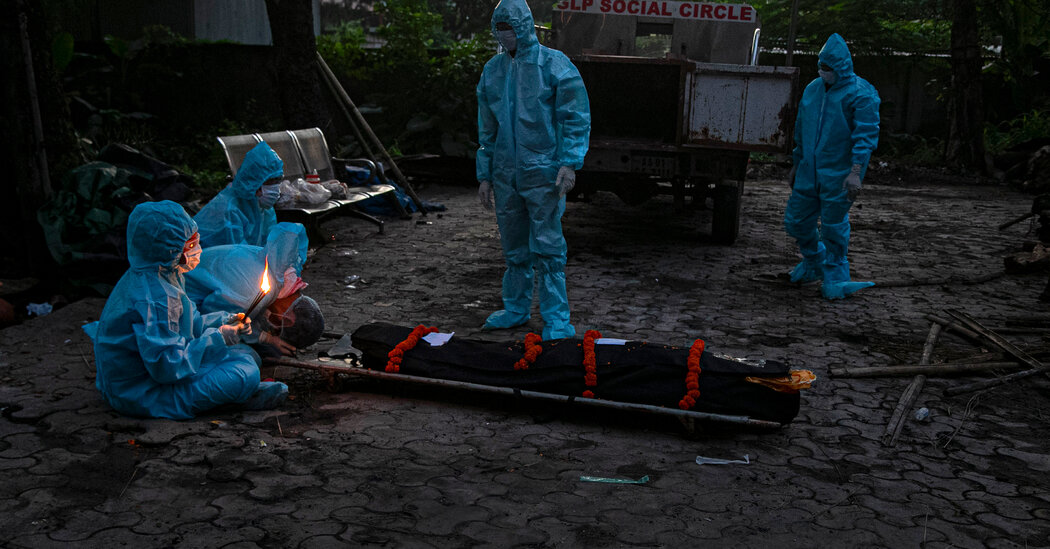 SRINAGAR, Kashmir — More than 100,000 people in India have died from the coronavirus, the government said on Saturday, even as officials plan to lift more restrictions in hopes of reviving the crippled economy.

India’s health ministry reported 1,069 new Covid-19 deaths, bringing the official total to 100,842, though experts say the true toll is probably much higher. Until Saturday, only the United States and Brazil had reported more than 100,000 deaths from the virus.

At 6.4 million, India’s official caseload is the second-highest in the world, surpassed only by the United States, which has more than 7.3 million cases. India’s death and infection rates have climbed in recent months, with September alone accounting for more than 40 percent of its cases and about a third of its deaths.

The numbers have fallen somewhat since mid-September but remain high. Over the past week, India reported almost twice as many new cases as the United States did. And experts suspect that many Covid-19 fatalities in India have gone unreported.

“Actual number of deaths is much higher,” said Dr. Anant Bhan, a health researcher at Yenepoya University in southern India. “But how much higher it is, that is difficult to know.”

Prime Minister Narendra Modi’s government imposed a harsh nationwide lockdown in March, a move that many experts say was poorly planned, devastating the economy while failing to stop the virus’s spread.

Now, despite the climbing numbers, officials are lifting restrictions in hopes of easing the economic suffering. Cinemas will be allowed to reopen with limited capacity this month, for example, and some states are expected to reopen schools.

Dr. Bhan said the reopenings could imperil older Indians and other vulnerable people who have been staying home. Children who return to school are likely to bring the virus home, he said. “The potential for exposure to infection would go up.”

Thekkekara Jacob John, a former head of clinical virology at Christian Medical College in the southern state of Tamil Nadu, said many lives could have been saved if the March lockdown had been handled properly.

Kingpin of `namaste` gang involved in over 100 robberies in Delhi, held

Gymnasts Worldwide Push Back on Their Sport’s Culture of Abuse

Kingpin of `namaste` gang involved in over 100 robberies in Delhi,...