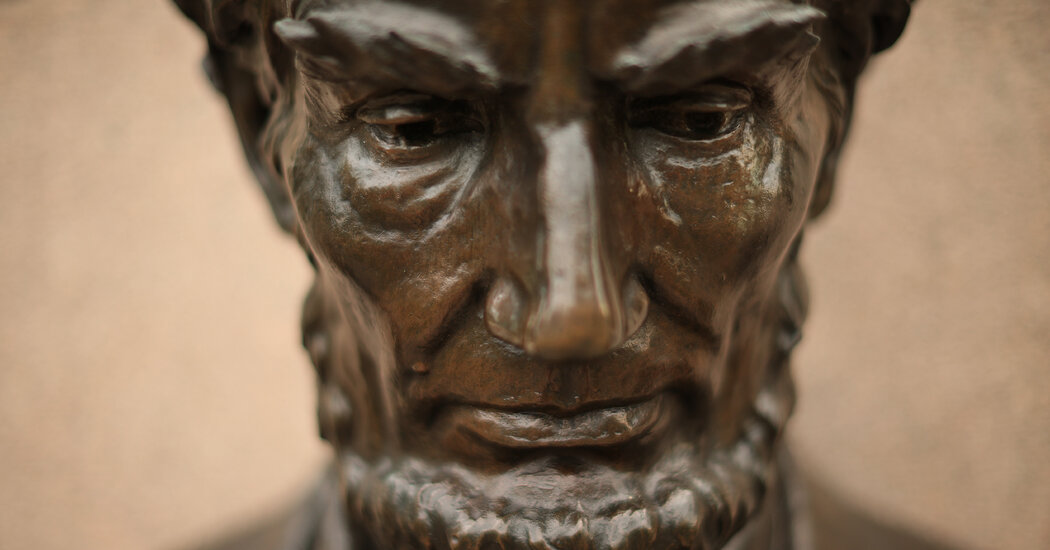 “With malice toward none; with charity for all.”

President Trump, who has tested positive for the coronavirus, might dwell on Lincoln’s words in his second inaugural address. Trump has some time for reflection now. In that spirit of compassion, I wish the president and the first lady a rapid recovery.

Of course, Trump has ruled in an altogether different spirit, dividing where he might heal, inciting where he might reassure, goading where he might soothe. He has been intent on pitting one America against another, lacing his language with violence. He has, without compunction or pause, demeaned the highest office in the land.

Might the president now feel some remorse? To know that a virus that could kill you has a grip on your body prompts unlikely reflections. I had a moderate case of Covid-19. I speak from experience of extreme discomfort and utter exhaustion.

Remorse, say, for waving away the virus. “One day — it’s like a miracle — it will disappear.” Remorse for dismissing the wearing of masks — “I don’t see it for myself” — and turning them into America’s tribal identifiers. Remorse for his contempt for science. Disinfectant “does a tremendous number on the lungs” and knocks out the virus “in a minute.”

Remorse for making a mockery of truth. For dismissing climate change. Those California fires are just poor forest management. For the more than 200,000 dead Americans, some of whom may have lived if Trump had led with seriousness instead of playing down the coronavirus.

I doubt such a change of heart will occur. Even if it can do nothing to stop a pathogen, narcissism is an impregnable shield against self-awareness. Still, the lesson of this year is to be prepared for the improbable. The notion that he has finally met his nemesis may surely cross Trump’s mind.

Remember the way Trump invoked Lincoln this year to suggest his own superiority — “I think I’ve done more for the Black community than any other president, and let’s take a pass on Abraham Lincoln”? Perhaps now he would pause a moment to read, or have read to him, that second inaugural?

I wish Trump and the first lady well. That is not a sentiment I have felt often during these past several years. The essence of the American idea is unity under the law through and despite difference. The idea lies dormant, but it is not dead. It can be revived by statesmanship, that quaint old word.

Everybody, infected or not, has been looking at life anew, contemplating other, more sustainable ways of working and consuming.

Perhaps they have mused on how fragile life is and our civilization is. How our planet burns. How there may be more to discover in just being still than in running. How less may be more. How much a loved one may be missed. How hollow the temples of consumption are; and how, one morning through the mist, the towers of Manhattan may look like the medieval towers of San Gimignano, relics from another era.

Trump, now at the Walter Reed National Military Medical Center, is alone battling the virus within him. Alone with his thoughts and a tenacious, unpredictable thing that he belittled.

It was an angry, barking, surly, rude, defiant Trump who showed up for the first debate with Joe Biden and made no secret of his contempt for American democracy. He said of the balloting that has already begun, “It’s a fraud, and it’s a shame.”

Perhaps his supporters saw in him a muscular American self-reliance. I saw a parody of that — a relentless aggression as veneer over desperation — and a clear and present danger to the Republic.

Before Trump tested positive for the virus, he boasted on Twitter, “I won the debate.” That’s loony. There was one clear loser: America. I was on a French radio show a couple of hours after the debate ended, and the segment opened with a 20-second clip of Trump, Biden and the moderator, Chris Wallace, all shouting at once.

That’s the world’s image of Trump’s America: chaos and gobbledygook.

What now, at less than five weeks from the election? We have our October surprise. Trump’s symptoms are relatively mild, the White House says, but of course they could worsen. Trump may have to quarantine for almost half the time that remains before Election Day. No more big rallies full of unmasked people. No more mocking of Biden for wearing a big mask. Trump’s braggadocio, part of his appeal to millions of Americans, is in tatters.

He is mortal, and truth, like science, is relentless. Perhaps there will be a sympathy vote for him. Perhaps he will recover quickly with a redoubled conviction that the virus is an exaggerated threat, or declaring that his enduring through the illness means that God wants him to be president. But what I feel is the curtain coming down and closing a chapter of American derangement.

The virus is Trump’s deus ex machina. Not his retribution but his salvation, because the road he has trodden can only lead to disaster. I wish him a good recovery, and Americans the desperately needed renaissance whose name is Joe Biden.

Should We Be More Pessimistic?

Trump plans to swear Barrett in at the White House later...