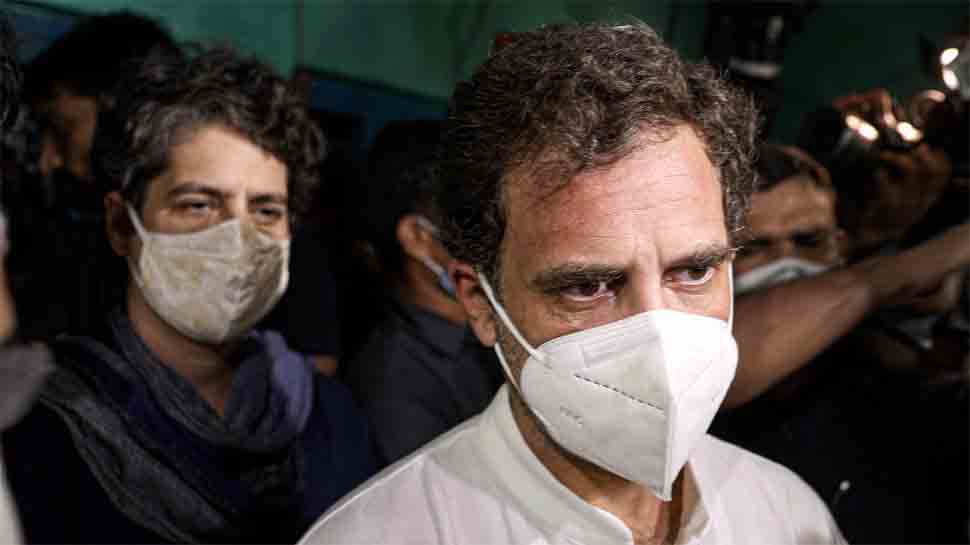 HATHRAS: Congress leaders Rahul Gandhi and Priyanka Gandhi on Saturday (October 3) visited Hathras and met family members of the 19-year-old girl who was gangraped and brutally tortured by four men; and said the party will continue its fight for justice to India’s daughter.

“I met the afflicted family in Hathras and understood their pain. I assured them that we stand with them at this difficult time and will help them in getting justice. The UP government will not be able to do anything arbitrary as it wants, because now the whole nation is standing united demanding justice for the daughter of the country,” Rahul Gandhi tweeted in Hindi, after meeting the gang-rape victim’s kin.

Priyanka Gandhi, who hugged the inconsolable victim’s mother, said the family couldn’t see their daughter for the one last time after her death in a Delhi hospital and that Uttar Pradesh Chief Minister Yogi Adityanath should understand his responsibility.

She along with Rahul Gandhi, also demanded the removal of the District Magistrate in the case.

The two leaders reached Hathras in the evening after the UP administration conveyed that a group of five persons can meet the victim`s family.

Earlier, Priyanka Gandhi drove the vehicle towards DND flyway where a massive police force deployment and barricading were put in place to stop the Congress cavalcade from visiting Hathras. Several Congress workers had assembled at the DND in support of their leaders after which a scuffle broke out between police and workers during which the cops had to resort to mild lathicharge to disperse the crowd.

Uttar Pradesh Chief Minister Yogi Adityanath on Saturday announced a CBI probe into the Hathras gang-rape, murder, an incident which has triggered a nationwide protest.

How to check Madhya Pradesh Board MPBSE Class 12 Results 2020 on mpbse.nic.in, mpresults.nic.in