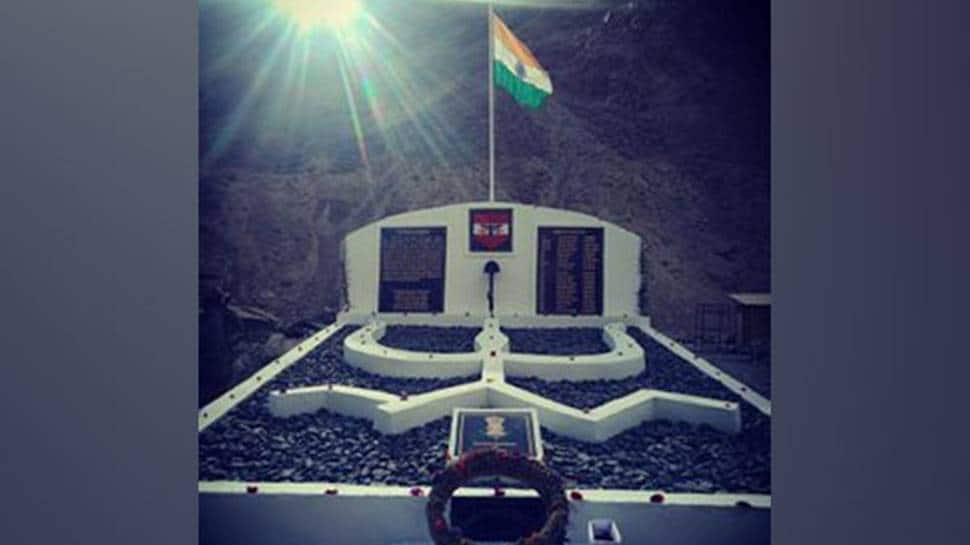 New Delhi: A memorial has been built to commemorate the lives of the 20 Indian soldiers who matryred during a bloody skirmish with the Chinese Army in eastern Ladakh’s Galwan Valley. The memorial has the names of 20 soldiers and the details of the June 15 operation.

These bravehearts had fought off China’s PLA and evicted them from an observation post near the Y-junction area under Operation Snow Leopard.

The memorial has been built at the unit level near the KM-120 post on the strategic road Durbuk-Shyok-Daulat Beg Oldie, Ladakh.

The memorial wall reads: “On June 15, 2020 at Galwan Valley, Col B Santosh Babu Commanding Officer, 16 Bihar led the Quick Reaction Force of 16 Bihar and attached troops tasked to evict the PLA OP from Gen AY Nala and move further to Patrolling Point 14. The column successfully evicted the PLA OP from Y Nala and reached PP 14 where a fierce skirmish broke out between the IA and PLA troops. Col B Santosh Babu led from the front and his troops fought gallantly in hand-to-hand combat, causing heavy casualties to the PLA. In the ensuing fight twenty “Gallants of Galwan” achieved martyrdom,” it says.

It is said that the Chinese Army suffered more casualities in the clash but China has not divulged any details of the same.

Steven Mnuchin Tried to Save the Economy. Not Even His Family Is Happy.

Nancy Pelosi Went Back to the Salon, So Does That Mean I’ll Have To?

On North Korea and Iran, Bolton Blames ‘the Split Between Trump and Trump’