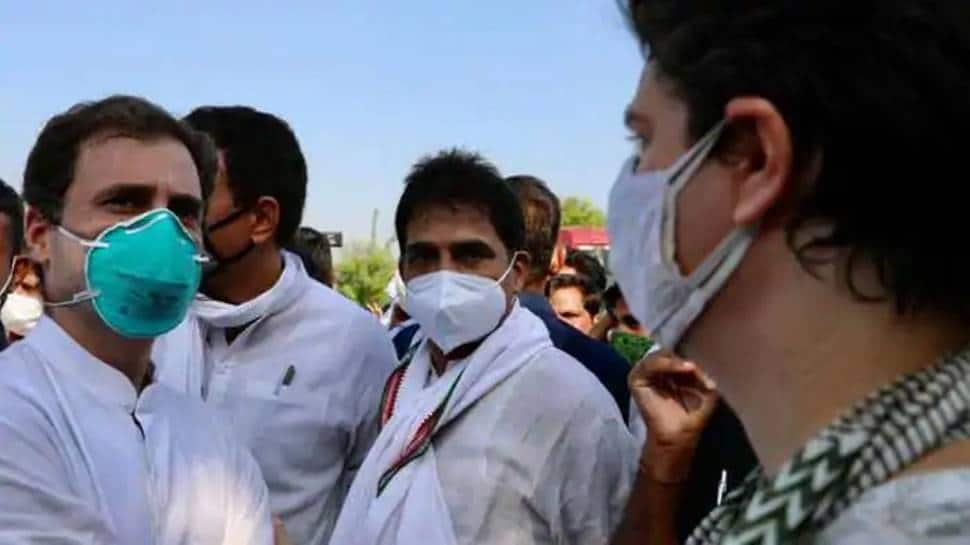 New Delhi: In the midst of nation wide outpouring of shock at the Hathras gang-rape incident, Congress leader Rahul Gandhi asserted that he will visit the victim’s in Hathras today and dared the government to stop him.

The former Congress party chief accompanied by a group of Congress MPs and supporters will be visiting Hathras today even as the local administration has imposed Section 144 thus effectively banning all media and politicians from entering the region.

Congress general secretary Priyanka Gandhi Vadra will also be part of the delegation that will meet the family to hear their grievances and demand justice for them.

Taking to Twitter, Rahul posted in Hindi saying: “No force in the world can stop me from going to Hathras and meet the victim’s family, share their grief.”

This just days after both Rahul and Priyanka were stopped by the police while the brother-sister duo had attempted to go to Hathras. Rahul Gandhi had been shoved to the ground in a scuffle in the police in Noida.

The Wayanad MP was detained and a case has been registered against him, his sister Priyanka Gandhi Vadra, and over 200 others under sections 188, 269 and 270 of the Indian Penal Code (IPC) and the Epidemic Act by the Gautam Buddh Nagar Police.

The 19-year-old, who was allegedly gang-raped and tortured by four men in UP’s Hathras, had succumbed to injuries in the Safdarjung Hospital where she was brought on Monday from Aligarh Muslim University Medical College.

All four accused in the incident have been arrested.

The post-mortem report reads that the victim suffered a fracture of “C6 cervical vertebra” and there was “extravasations of blood along the fracture line” and the underlying spinal cord was “contused with ascending oedema”. The postmortem report, however, denies rape charges.

Two different Americas are paying for the Trump and Biden campaigns.

As New Yorkers face long lines at the polls, the city’s Board of Elections faces scrutiny.

From 2 Artists, 2 Ways to Tell Stories of Black America

Biden and D.N.C. Raised Nearly $81 Million in May, a New High

Two different Americas are paying for the Trump and Biden campaigns.

As New Yorkers face long lines at the polls, the city’s...