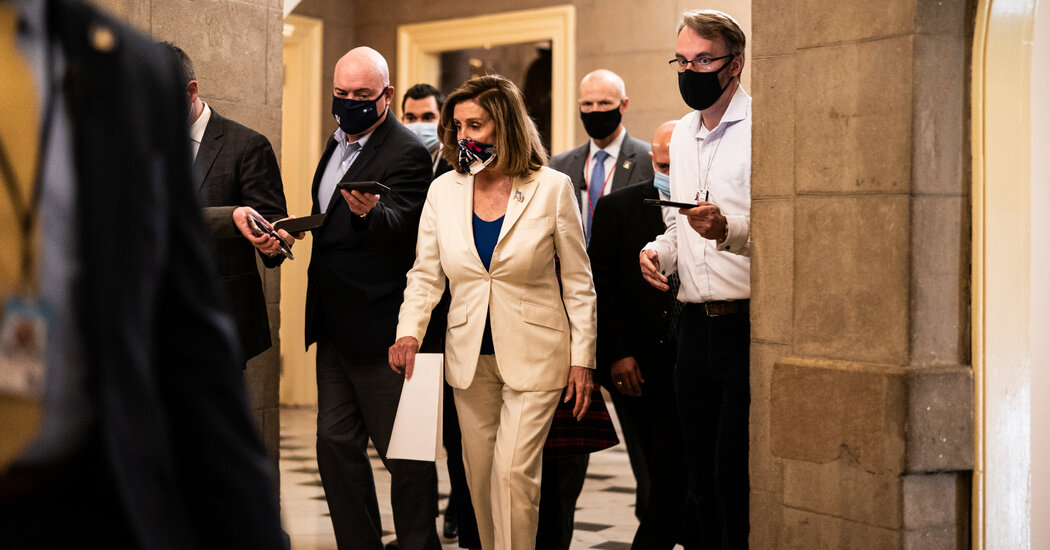 Speaker Nancy Pelosi of California, who is second in the line of succession to the presidency after Vice President Mike Pence, has tested negative for the coronavirus, a spokesman said in a tweet on Friday afternoon.

Ms. Pelosi, 80, had a lengthy in-person meeting with Treasury Secretary Steven Mnuchin on Wednesday. While Mr. Mnuchin had tested negative, according to a spokeswoman, Ms. Pelosi said in an interview with MSNBC that she had been tested “out of an abundance of caution.”

Ms. Pelosi said she had not been contacted by the White House about ensuring that the government would continue to function given the president’s condition, but said that military and other government officials were constantly updating their plans to do so. “That continuity of government is always in place,” she said.

Even as she said she heard the news of Mr. Trump’s diagnosis with “great sadness” and was praying for him, the speaker said she hoped it would be a “learning experience” for him and the country given the president’s refusal to take precautions against the virus.

“This is tragic,” she said. “It’s very sad, but it also is something that, again, going into crowds, unmasked and all the rest, was sort of a brazen invitation for something like this to happen.”

In a radio interview with Hugh Hewitt, Senator Mitch McConnell, Republican of Kentucky and the majority leader, did not say whether he had been tested for the virus. But Mr. Trump testing positive, he said, “certainly underscores that the coronavirus is not concerned about the American election, and that it’s not going away until we get a vaccine.”

“It can sneak up on you, as it obviously did with the president and the first lady, so we’re being very careful and keeping our eye on everyone,” Mr. McConnell said.

Kim Cattrall’s Hamptons Home for De-Stressing From the City

First phase of new railway station in Ayodhya modelled on Ram temple to be...

What It Took to Get El Chapo Behind Bars for Life