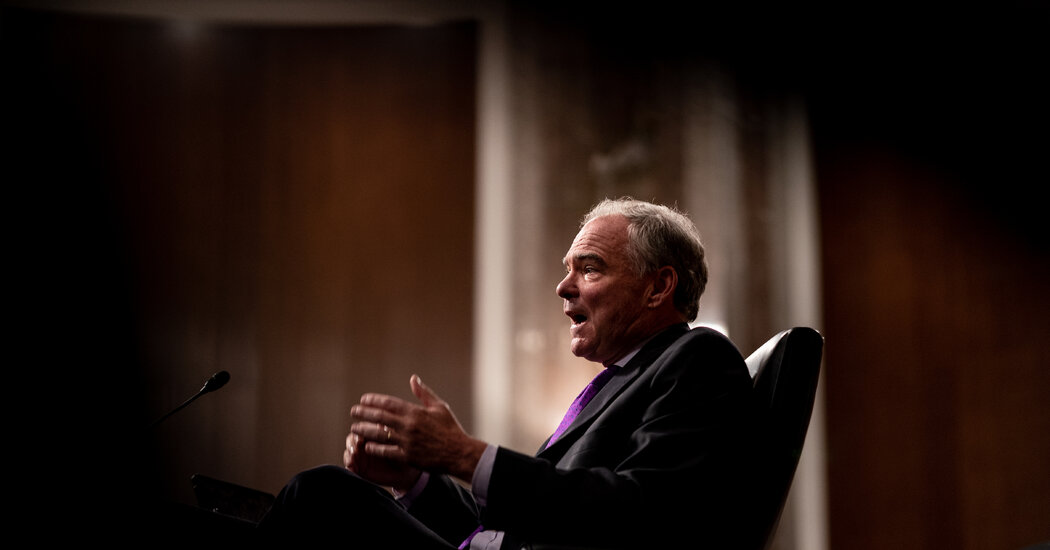 Senator Tim Kaine of Virginia, a leading Democrat and the 2016 vice-presidential nominee, urged the Biden campaign to continue campaigning while following “good safety rules,” cautioning that despite the news that President Trump had tested positive for the coronavirus, this was no time to let up.

“They need to do what they’ve already done, which is be smart about being safe, keeping their staff safe and keeping voters safe,” Mr. Kaine said in an interview on Friday morning. “But they also need to be aggressive in getting around the country following good safety rules, and I suspect that they’re going to do that.”

Mr. Kaine also drew a contrast to the Trump campaign, which has been holding big, crowded rallies and often flouts public guidance on mask-wearing.

“The Biden-Harris campaign is focused on trying to model the right behavior because they’re compassionately trying to protect people,” he said.

Mr. Kaine served as Hillary Clinton’s running mate four years ago, and he is intimately familiar with health crises during the closing weeks of a presidential campaign. When it was disclosed that Mrs. Clinton had pneumonia, Mr. Kaine found himself under a more intense spotlight.

Like in 2016, the news about a presidential candidate’s health came this year in the days before the vice-presidential debate, which is scheduled for next Wednesday.

In the interview, Mr. Kaine grappled with how Mr. Trump’s positive test would impact the running-mate debate.