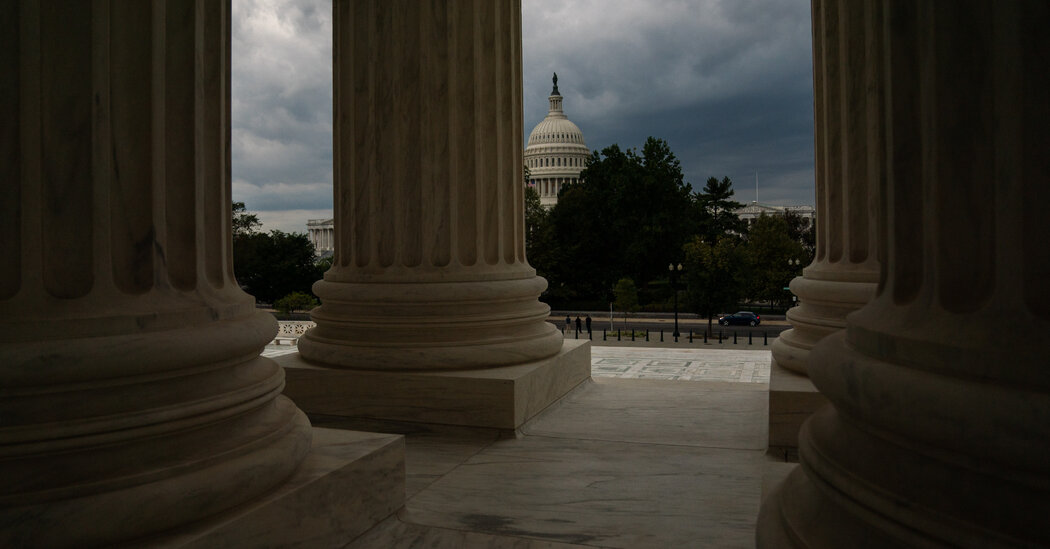 A coronavirus outbreak that infected President Trump and spread to the Senate has thrown a fresh element of uncertainty into the politically fraught fight over installing Judge Amy Coney Barrett on the Supreme Court before Election Day, with Republicans vowing to press ahead and Democrats insisting on a pause.

Pulling off a complex confirmation that touches all three branches of government in the four weeks remaining before the election always promised to be a daunting task for Republicans in the middle of a pandemic. But by Friday night, with the White House and Congress in turmoil and Senators Mike Lee, Republican of Utah, and Thom Tillis, Republican of North Carolina, among those announcing that they had tested positive for the virus, it was clear that the challenge had grown steeper. Mr. Lee and Mr. Tillis are both members of the Senate Judiciary Committee that would convene Judge Barrett’s confirmation hearings.

Top Republicans insisted that they would move ahead at an uncommonly swift pace to hold hearings on Judge Barrett’s nomination by Oct. 12, send her nomination to the full Senate by Oct. 22 and confirm her as soon as Oct. 26, eight days before Election Day — even if it meant breaking Senate norms and considering a lifetime judicial nomination by videoconference. But the latest outbreak raised the possibility that Republicans could lose their slim majority in the Judiciary Committee or on the Senate floor.

And it gave Democrats, who were already objecting to Mr. Trump’s push to install a new Supreme Court justice so close to the election, a new reason to call for a delay. Seeing a potential opening, top Democrats called for the Senate to pause and assess the scope of the outbreak. They declared that a fully virtual hearing for a candidate for a lifetime appointment to the nation’s highest court would be unacceptable.

“We now have two members of the Senate Judiciary Committee who have tested positive for Covid, and there may be more. I wish my colleagues well,” said Senator Chuck Schumer of New York, the Democratic leader. “It is irresponsible and dangerous to move forward with a hearing, and there is absolutely no good reason to do so.”

Rudolfo Anaya, a Father of Chicano Literature, Dies at 82

Should You Break Up?

The CDC is Preparing for Covid-19 Vaccines A and B. Here’s What You Need...