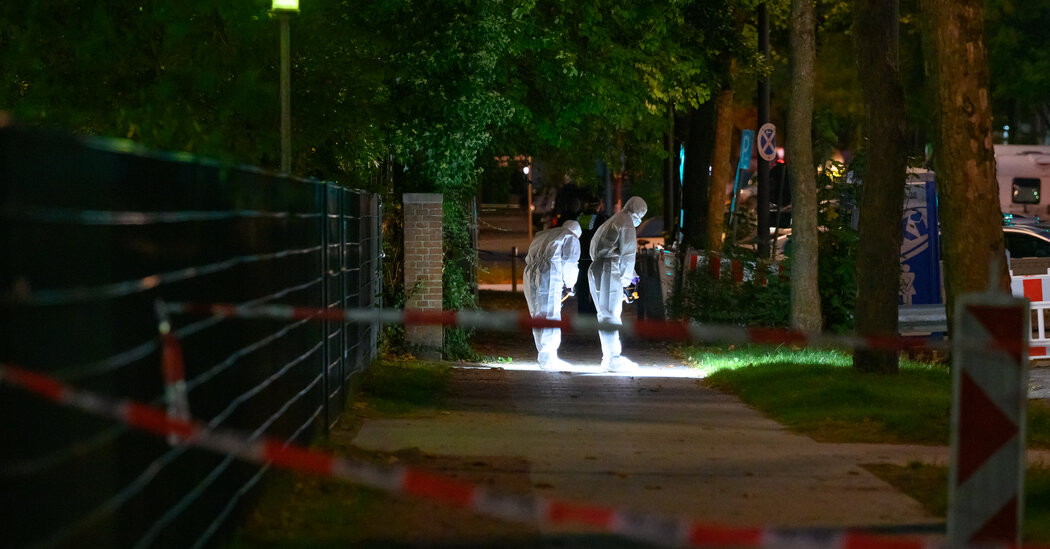 BERLIN — A man wearing army fatigues and wielding a shovel attacked and badly injured a Jewish student coming out of a synagogue in Hamburg on Sunday, less than a year after an assault on a synagogue in the eastern city of Halle turned deadly.

Security guards and police officers deployed to the Hamburg synagogue, where people were marking the Jewish holiday of Sukkot, swiftly subdued and arrested a 29-year-old man, whose name the authorities did not disclose. The suspect was carrying a piece of paper with a swastika in his pocket, the German news agency DPA reported.

The 26-year-old victim, who was wearing a kipa, or skullcap, when he was attacked, suffered grave head wounds and was taken to a hospital, the police said.

“This is not a one-off case, this is vile anti-Semitism and we all have to stand against it,” the German foreign minister, Heiko Maas, wrote on Twitter.

Germany has seen the number of anti-Semitic crimes nearly double in the past three years. Last year alone, the government recorded 2,032 anti-Semitic crimes, culminating in the attack on the synagogue in Halle on Oct. 9. In that attack, a gunman tried and failed to force his way in during services for Yom Kippur, the holiest day on the Jewish calendar, and then killed two people elsewhere.

The man arrested in Halle, Stephan Balliet, 28, is currently facing trial and has spoken openly in court about his hatred not only of Jews but also of Muslims and foreigners, and of being influenced by a far-right extremist attack against two mosques in Christchurch, New Zealand, that killed 51 people last year.

Last month, Chancellor Angela Merkel expressed her concern about the rise in anti-Semitism in Germany, warning in a speech to the Central Council of Jews that it is a reality “that many Jews don’t feel safe and respected in our country.”

“Racism and anti-Semitism never disappeared, but for some time now they have become more visible and uninhibited,” the chancellor said, citing the attack in Halle as an example of “how quickly words can become deeds.”

In Halle a year ago, the congregation inside the synagogue only narrowly escaped a massacre. The door of the synagogue had been locked and withstood the clumsily built explosives meant to blow it open. In his rage the gunman later trained his weapon on other random targets in the city.

Following Sunday’s attack, Jewish organizations in Germany and beyond urged the government to increase protection and focus on long-term strategies to stamp out anti-Semitism.

“I am saddened to learn that once again, this time on the Jewish holiday of Sukkot, a German Jewish community is confronting a violent, anti-Semitic act of terror,” Ronald S. Lauder, president of the World Jewish Congress, said in a statement. “We must ask ourselves, and German local and national authorities must address the question — why does this keep happening? Why is anti-Semitism thriving?”

“The German government must take responsibility in strengthening education so that the next generation understands that hatred of any kind is never permissible,” Mr. Lauder added. “The long-term viability of Jewish life in Germany depends on it.”

The ‘Rage Moms’ Democrats Are Counting On