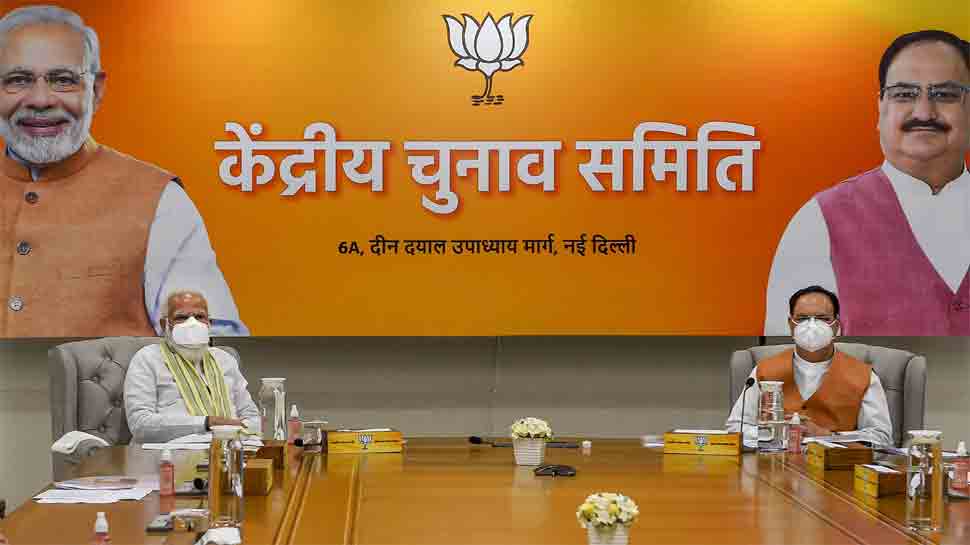 NEW DELHI: The BJP central election committee met here on Sunday to deliberate over the Bihar assembly polls and finalise the party’s candidates, as the ruling National Democratic Alliance suffered a setback with Union minister Ram Vilas Paswan’s Lok Janshakti Party deciding to walk out of the NDA in the state.

Earlier in the day, BJP leaders, including Home Minister Amit Shah and Nadda, held long deliberations over the unfolding political situation in the state where the saffron party has declared JD(U) president and Chief Minister Nitish Kumar as the leader of the alliance for the three-phase polls.

While lauding the BJP, the LJP said it will not contest the elections under Kumar’s leadership.

The Bihar assembly polls will be held in three phases on October 28, November 3 and November 7, and the counting of votes will take place on November 10.

The nomination process for the first phase, under which 71 of the total 243 seats will go to polls, began from October 1 and will end on October 8.

Brooklyn Museum to Sell 12 Works as Pandemic Changes the Rules

The Good, the Bad and the ‘Radically Dishonest’