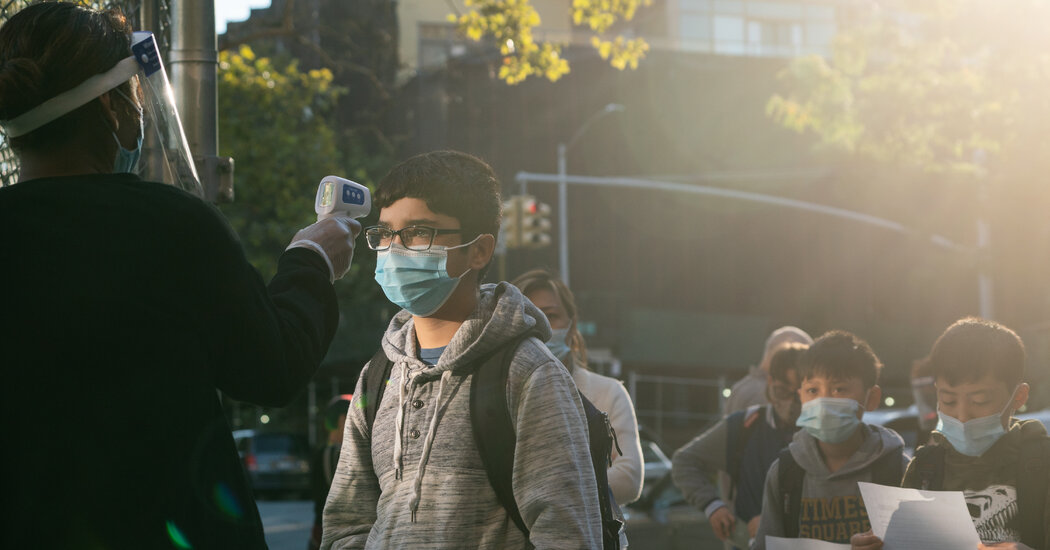 New York reopened classrooms for hundreds of thousands of students last week, after a tumultuous summer of last-minute changes. But the city’s ambitious plan to randomly test students for the coronavirus in each of its 1,800 public schools will probably be insufficient to catch outbreaks before they spread beyond a handful of students, according to new estimates of the spread of infections in city schools.

The city plans to test a random sample of 10 to 20 percent of people, including students and adults, in each city school once a month starting next week, already a herculean task.

But in order to reliably detect outbreaks and prevent them from spinning out of control, New York may need to test about half of the students at each school twice a month, researchers at New York University estimated. Experiences in Germany, Israel and other countries suggest that outbreaks could spread quickly despite the city’s relatively low rate of infection, the researchers said.

“The outbreaks could be quite large by the time they are detected by the monthly, 10-to-20-percent testing,” said Anna Bershteyn, the lead author of the new analysis and assistant professor of population health at N.Y.U.

The testing issue took on fresh urgency this week, when Mayor Bill de Blasio reported that the city’s average test positivity rate, which has been extremely low throughout the summer, had begun to tick up. If the virus continues to surge, the entire public school system could shutter.

The finding underscores how daunting testing will be in any district trying to reopen for some in-person classes, and particularly in New York, which is home to a system of 1.1 million students, about half of whom returned to classrooms this week.

99 Years After the Tulsa Greenwood Massacre, a Lawsuit Seeks Redress

India supports `immediate ceasefire` in Afghanistan, says rights of minorities should be respected