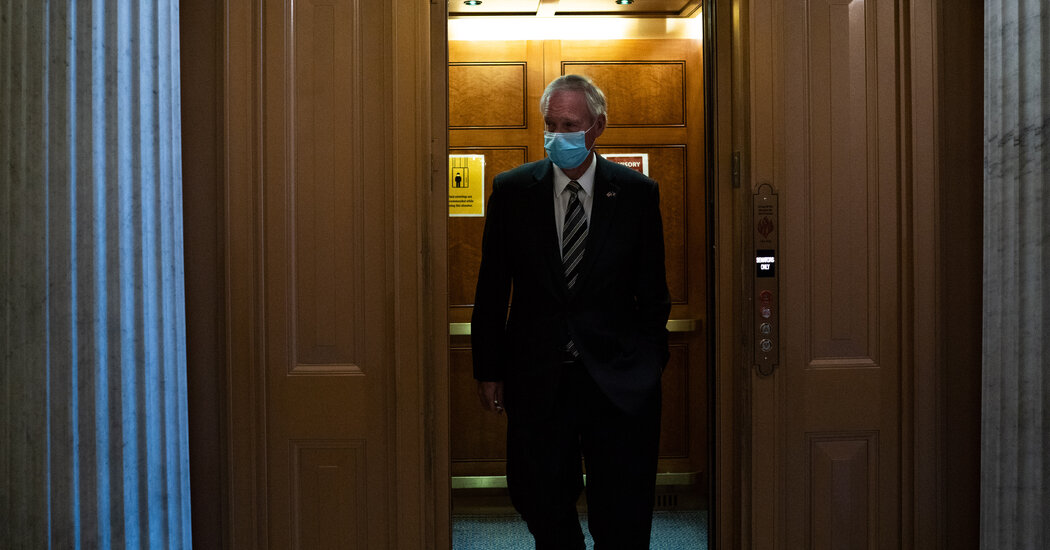 Senator Ron Johnson, the Wisconsin Republican who tested positive for the coronavirus this week and whose state has experienced a recent record surge in virus cases, said on Saturday that he continues to oppose mask-wearing mandates.

“He did say today that he continues to oppose mask mandates,” Ben Voelkel, a spokesman for Mr. Johnson, said, confirming a report in The Capital Times, a Wisconsin newspaper, which quoted Mr. Johnson as saying that he preferred “individual responsibility.”

Mr. Johnson told the paper that while masks can help lower the risk of infection, they’re “certainly not a cure-all.”

Public health experts have said masks are critical to slowing the spread of the virus, a message that Wisconsin’s governor, Tony Evers, a Democrat, reinforced while wearing a mask in a video message on Saturday.

“The surges we’re seeing across our state are not an indication that masks don’t work,” Mr. Evers said. “This underscores what we have said all along, which is that masks only work if everyone wears them.”

Three of the four metro areas in the United States with the most cases per capita were in northeast Wisconsin this week, and one hospital in Green Bay, the third-largest city in the state, was nearly full this week.

On Friday night, Mr. Johnson attended a Republican Oktoberfest event in Mequon, Wis., but Mr. Voelkel said the senator “was not informed of his positive test until after the event in question.”

“He wore a mask while he was there, showed up only to speak and remained distanced the entire time,” Mr. Voelkel said.

An Update on Project Roomkey in Tuolumne County

How a Smooth Election in Massachusetts Could Be a Cautionary Tale