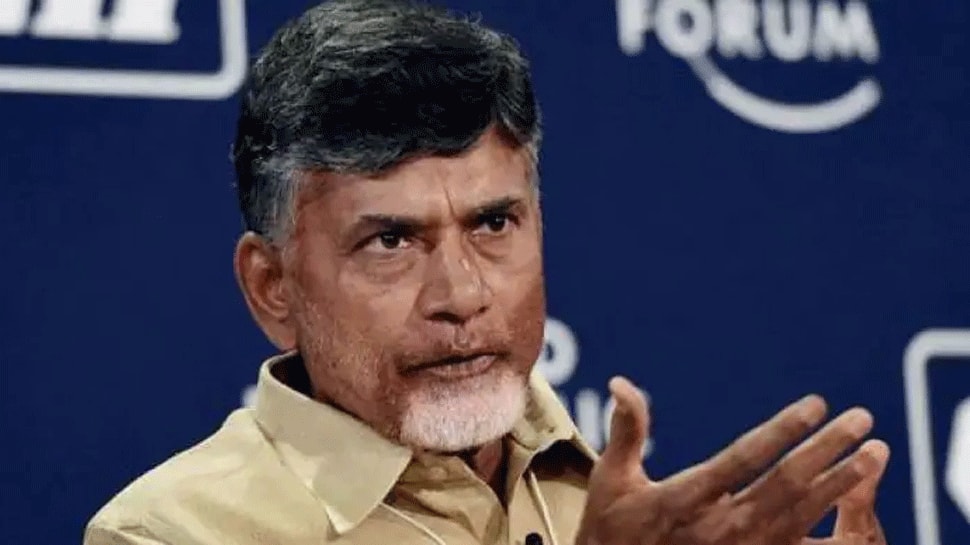 AMARAVATI: TDP National President and former Chief Minister N Chandrababu Naidu on Monday (October 5, 2020) strongly objected to the way the AP Police handled the minor girl molestation case in Rajahmundry that eventually led to the suicide attempt of her father.

Terming it an yet another instance of deteriorating law and order in Andhra Pradesh, Naidu said that there were continuous attacks on Dalits, tribal people, people belonging to Backward Classes (BCs), Muslims, women and journalists among others across the State. He added, ”Unfortunately, the police, who are supposed to uphold rule of law, are either conniving with the ruling party or turning a blind eye to injustices occurring across the State.”

In a letter to DGP Gautam Sawang here, the TDP chief said that Shaik Sattar consumed poison in front of the office of the Superintendent of Police, Rajamahendravaram, as he faced threats from the accused. ”Sattar’s minor daughter was allegedly molested by someone who apparently belongs to the ruling YSRCP. The Sattar family lodged a case against the accused vide FIR No. 578/2020 registered under sections 354, 506 r/w 34 IPC, 11 r/w 12 POCSO Act, 2012,” read his letter.

Naidu said that since the accused seems to be from the YSRCP, the police allegedly pressurised Sattar to withdraw the case. Unable to bear the torture, Shaik Sattar tried to take his own life on October 1, ironically in front of an office housing those responsible for protecting it. Sattar is currently battling for life at the Government Hospital in Kakinada. As such, Andhra Pradesh is witnessing deteriorating law and order and violations of the fundamental rights enshrined in the Constitution of India which are guaranteed to all citizens.

The TDP chief said that there has been a consistent attack on the freedom of speech and expression as guaranteed by Article 19(1)(a). “As the Leader of the Opposition, it’s my duty to bring such undemocratic acts to your notice for appropriate action. Today, even an iota of dissent expressed against the anti-people policies of the Government readily is leading to witch-hunts, midnight arrests, violent attacks, damages to property and threats. They are unleashing upon the dissenter a vilified character-assassination campaign.”

Naidu deplored that the current functioning of the police in the State is unprecedented in the history of any State. The Andhra Pradesh Police has now earned a dubious distinction of topping the country in the number of cases registered against its own personnel.

It is as per the National Crime Records Bureau (NCRB). Out of 4,068 cases registered against police personnel across India, 1,681 cases (41%) were registered in Andhra Pradesh alone. These numbers speak for themselves and reflect the functioning of the police in today’s Andhra Pradesh.

Naidu said that in another incident, the car of Kommareddy Pattabhi, an Official Spokesperson of Telugu Desam Party (TDP) was attacked and damaged on the night of October 3. Even though there is a police picket close by, the culprits are still at large. He said, ”The act of damaging Pattabhi’s car is a clear attempt at intimidating him and stopping him from raising his voice against the anti-people policies of YSRCP-led Government. This is not the only case and there has been a series of attacks against TDP leaders who have raised their voice against the anti-people policies of the YSRCP-led Government.”

The TDP chief termed it as sad that the acts of head tonsuring to humiliate fellow human beings are continuing unabated in the State. He said, ”there are attacks on places of worship with seemingly a sinister design. In this backdrop, the YSRCP-led Government, instead of protecting the people, is busy demolishing buildings belonging to dissenters in the dark hours. These incidents have eroded people’s faith in the police. Therefore, the DGP should take steps to restore the law and order situation in the State by allowing the police to discharge their duties impartially and fearlessly. It is crucial to arrest the soaring rate of crimes and to safeguard the fundamental rights of the people. The people of Andhra Pradesh must be assured of an environment free of violence and fear.”

Meanwhile, denying all the claims of Chandrababu Naidu, Rajahmahendravaram Urban SP Shemushi Bajpayee told Zee Media, ”“It’s a false propaganda. Before levelling allegations, those who are doing so ( without naming Chandrababu Naidu ) should do some ground work and check facts. In this molestation case of the minor girl, not only the three accused were arrested and remanded to judicial custody, the chargesheet was also filed and the case is coming up for trial in Special Posco Court. Kakinada, on October 21”

With regards to molestation victim’s father suicide attempt case, “we have already arrested one person and we will be catching hold of another person named in the complaint soon, and also we have filed case under section 306 r/w 116 IPC,” Ravi Kumar, DSP, Rajahmahendravaram East informed Zee Media. “Infact, the molestation victim’s mother publicly praised our local Sub-Inspector and Circle Inspector for taking quick action,” the DSP added.

An incident of rape was reported on July 26, 2020  in Rajahmahendravam town in Andhra Pradesh. On October 1, the victim’s father consumed poison in front of the police station stating he was “being pressured to withdraw the case.”

Presently, the molestation victim is fine and is with her mother while her father’s condition is stable.

100-year-old Odisha woman dragged on cot to bank gets help from IPPB, can withdraw...