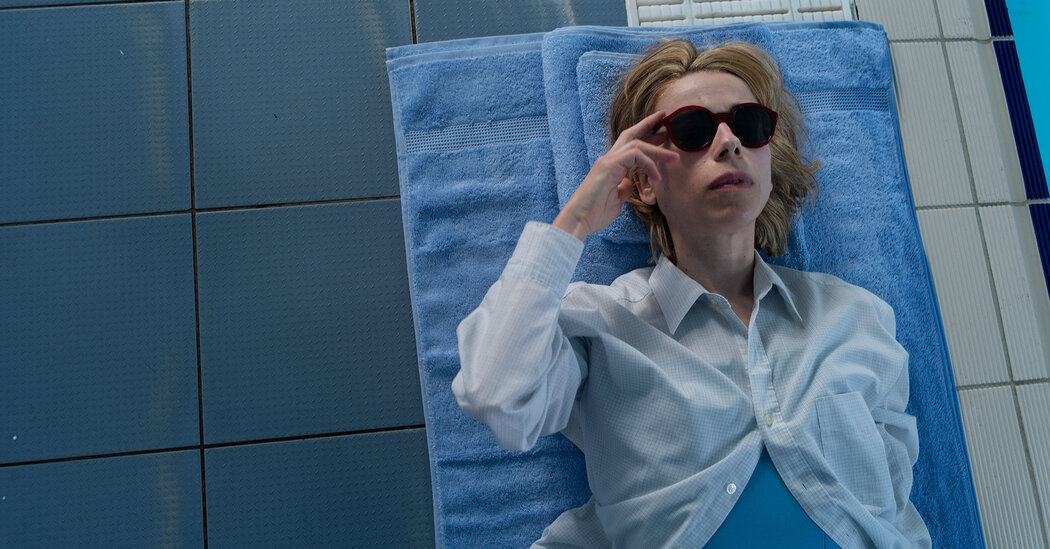 The Welsh actor Craig Roberts dedicates his second directorial feature to “the real Calamity Jane,” making clear that “Eternal Beauty” is based on actual people in his life. (He’s also said so in interviews.) The Jane he presents in this movie — he’s also the writer — is played by Sally Hawkins, and her performance is another startling transformation in her filmography. (She’s a two-time Oscar nominee, for her work in “The Shape of Water” and “Happy Go Lucky,” playing two very different characters.)

Jane suffers from a form of schizophrenia. Her state is not entirely debilitating but is certainly erratic. And it manifests itself in often alienating behavior. She buys her own Christmas presents, opens them in front of her family and hands out receipts to the designated givers.

She definitely shouldn’t drive. She almost breaks her nephew’s neck when coming to a sudden, unnecessary stop on the road. Then, while accelerating again, she tries to strap on the kid’s seatbelt with one hand.

For the first half-hour or so of “Eternal Beauty,” Roberts and Hawkins take an unusual and intermittently illuminating approach to depicting mental illness. Roberts’ manipulations of image and sound, and Hawkins’s precise depiction of Jane’s peculiar attention span, dig into Jane’s head, an unusual and sometimes scary place to be, with special persistence.

But the movie doesn’t keep up its good work. Once David Thewlis, as another patient at a clinic Jane visits, comes on to her strongly, the movie devolves into a gloppy middle-age variant of “David and Lisa,” a 1962 drama about young love in an institution.

Jane’s triumphalist pronouncement at the movie’s end, that “normal” is “boring,” is one the movie itself buys into. But it rings hollow. We still remember how you almost got your nephew killed, lady.

A Capitalist Fix to the Digital Divide

Remdesivir, the First Coronavirus Drug, Gets a Price Tag

Unlock 4.0: Delhi Metro to resume services for public from September 7 in calibrated...