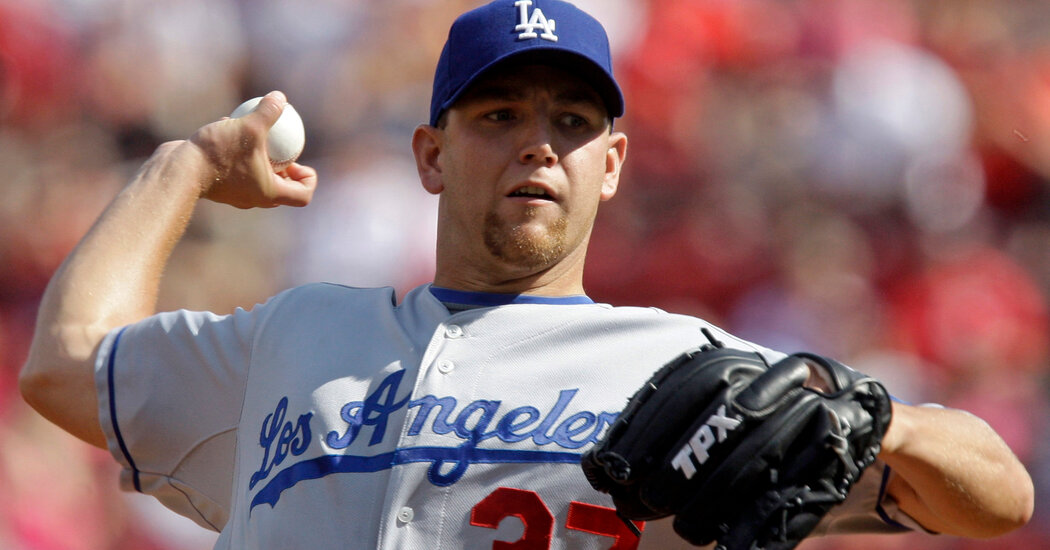 A former major league pitcher was found dead from a self-inflicted gunshot wound after he was identified by the authorities as a suspect in the killing of his former girlfriend in Arizona, the authorities said.

The police found the body of the retired pitcher, Charles Haeger, about 4 p.m. local time on Saturday along a trail at the South Rim of the Grand Canyon in Northern Arizona, Sgt. Ben Hoster of the Scottsdale Police Department said in a statement. Mr. Haeger’s unoccupied minivan had been found that morning near Flagstaff, Sergeant Hoster said.

The police had been looking for Mr. Haeger, 37, since Friday in connection with the fatal shooting of his former girlfriend, whom the authorities identified as Danielle Breed, 34.

On Friday afternoon, Ms. Breed’s roommate had returned to their residence in Scottsdale, just east of Phoenix, when “he heard multiple gunshots coming from her room,” Sergeant Hoster said.

Moments later, Mr. Haeger came out of her room with a handgun, Sergeant Hoster said.

“Haeger then pointed the handgun at the roommate,” Sergeant Hoster said. “The roommate quickly escaped out of the back of the residence, and he was able to get a neighbor to call 911.”

Police officers who responded to “sounds of shots” called the S.W.A.T. team, believing the shooter may still be inside, Sergeant Hoster said. Officers later found Ms. Breed dead inside the home.

The authorities asked for the public’s help in locating Mr. Haeger, whom they described as “armed and dangerous.”

A motive for the shooting was not known, Sgt. Brian Reynolds of the Scottsdale Police said on Monday.

Jane Long, Ms. Breed’s mother, told CNN that her daughter went by her maiden name, Danielle Long. In an interview with Fox 10 in Phoenix, she said her daughter had wanted to get a restraining order against Mr. Haeger for cyberstalking her.

She added that Mr. Haeger “shattered a lot of people today, and he knows that.”

Ms. Breed owned the Tipsy Coyote Bar and Grill in Scottsdale, according to The Arizona Republic. Friends and patrons shared condolences on the restaurant’s Facebook page this weekend.

A GoFundMe page set up by Ms. Breed’s family to help pay her funeral expenses described her as having a “big bright smile, heart of gold,” and as someone who “lit up any room, just by walking in it.”

Mr. Haeger, a native of Michigan, was drafted by the Chicago White Sox in 2001. He made his major league debut in 2006 and pitched 83 innings before his final M.L.B. appearance in 2010. He also played with the Seattle Mariners, Boston Red Sox and Los Angeles Dodgers organizations.

He was also in a small fraternity of committed knuckleballers among professional baseball pitchers. In 2013 when he was pitching in the Red Sox organization, he told The New York Times that he threw the knuckler about 85 percent of the time.

Contact tracing efforts are restricted to the two days before Trump’s diagnosis.