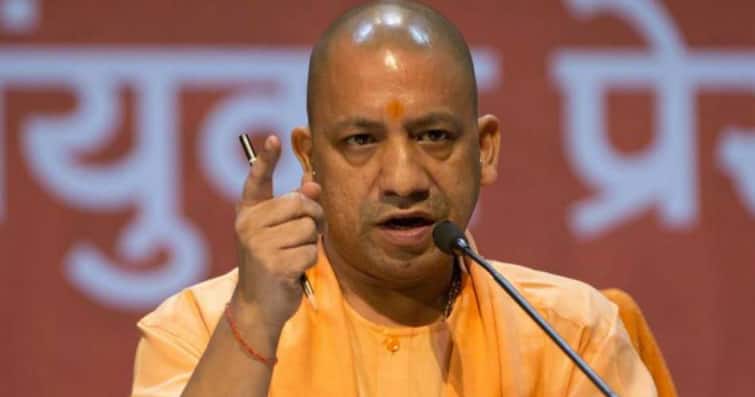 The Chief Minister said “For last one week, opposition parties were keen to see riots. We need to move forward amidst all these conspiracies,” adding “Anti-social and anti-national elements find it difficult to accept the state’s development as they always wanted a riot-stricken Uttar Pradesh. So they are hatching conspiracies now.”

CM Yogi Adityanath cautioned BJP workers of “conspiracies” against his government and asked them to “expose those who want to incite caste and communal riots” in the state while attending a review meeting for upcoming byelections in seven Assembly seats.

The Chief Minister said, “Those who do not like development, they want to trigger communal and caste riots in the state and in the country.”

Earlier in the day, Uttar Pradesh Law and Justice Minister Brajesh Pathak also stated that a conspiracy was hatched to spoil law and order in Uttar Pradesh.

Pathak said that a website called ‘Justice for Hathras’ was created to put Uttar Pradesh in the fire of violence under the cover of the Hathras case. The state government, taking the matter seriously, is trying to get to the bottom of the case, He added.

Pathak further said that the matter of making the website is in the cognizance of the government.

Meanwhile, an `open` FIR under 20 different sections at the Chandapa police station in Hathras was lodged against unnamed persons for `conspiring to create caste tensions and destabilise the Yogi Adityanath government”.

The Hathras police reportedly registered around a dozen complaints under the IT Act related to the Dalit girl’s case and they are being probed by the Cyber Cell.

Sources said that those under the scanner include politicians, local people, and even journalists whose telephonic conversations with the victim`s family indicates that they were provoking them to give statements against the government.

Opposition parties, especially the Congress, have been attacking the BJP government over the alleged gang-rape and murder of a 19-year-girl in Hathras. Congress has even demanded the Chief Minister`s resignation over the issue.

The 19-year-old was allegedly raped in Hathras on September 14, and she died on September 29 at Delhi’s Safdarjung Hospital during treatment.

The victim was cremated in the dead of the night near her home on September 30. Her family alleged they were forced by the local police to hurriedly conduct her last rites. Local police officers, however, said the cremation was carried out “as per the wishes of the family”.

Notably, the state government has already recommended a CBI probe in the matter. Yogi Adityanath has reportedly directed police to act in cases of crime against women and girls with full sensitivity.

Colleges Slash Budgets in the Pandemic, With ‘Nothing Off-Limits’

How Covid Has Altered the Conversation About Money