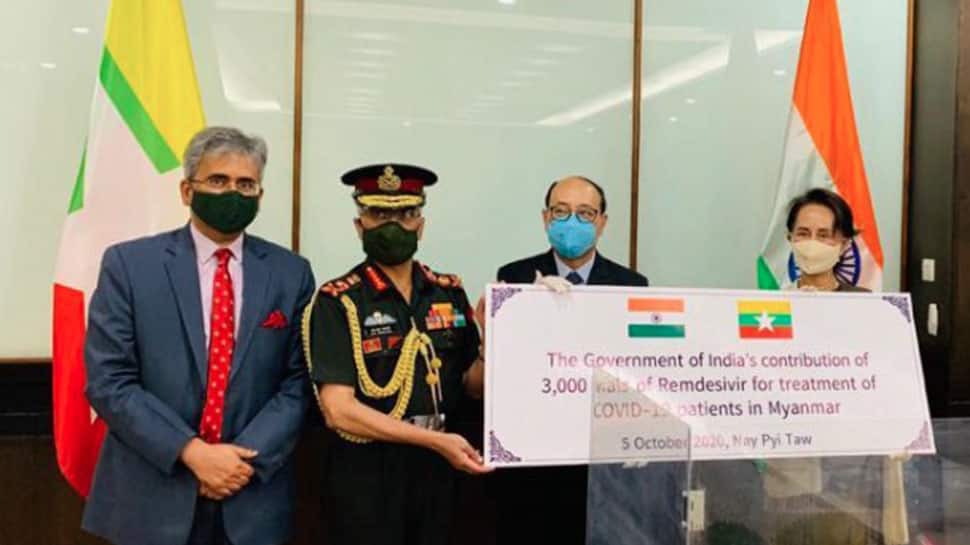 A release by the Ministry of External Affairs (MEA) said, “It was also agreed to deepen cooperation to overcome the challenges posed by the COVID-19 pandemic. The Foreign Secretary indicated India’s willingness to prioritize Myanmar in sharing vaccines as and when these become available.”

Earlier on Monday, Army Chief and Foreign Secretary presented 3,000 vials of Remdesivir to Myanmar’s State Counsellor Aung San Suu Kyi as a “symbol” of India’s commitment to assist Myanmar in its fight against the pandemic. The Myanmar Foreign Ministry mentioned about both countries discussing “the possibility of joint production of COVID-19 vaccine”.

On the infrastructure front, operationalization of the Sittwe Port in the early part of 2021 was a key point of discussion. It is to be noted that this was discussed during last week’s virtual India-Myanmar Foreign Office Consultations also.

An MEA release on the outcome of the visit explained, “Both sides also discussed progress in the ongoing Indian-assisted infrastructure projects such as the Trilateral Highway and the Kaladan Multi-Modal Transit Transport Project.”

Sittwe is part of India built mega Kaladan Multi-Modal Transit Transport Project, which will improve connectivity with Myanmar, by creating transport corridor for shipment of cargo from the eastern ports of India to Myanmar.

The release added, both sides “exchanged views on early initiation of work on fresh initiatives such as the up-gradation of Yamethin Women’s Police Academy, Basic Technical Training School and measures to provide long term sustainability to projects such as the Myanmar Institute of Information Technology.”

India has also announced a grant of USD two million for the construction of the border haat bridge at Byanyu/Sarsichauk in Myanmar’s Chin State which will provide increased economic connectivity between Mizoram and Myanmar. A quota of 1.5 lakh tonnes of Urad for import from Myanmar till March 31, 2021, was also announced.

Ennio Morricone Was More Than Just a Great Film Composer