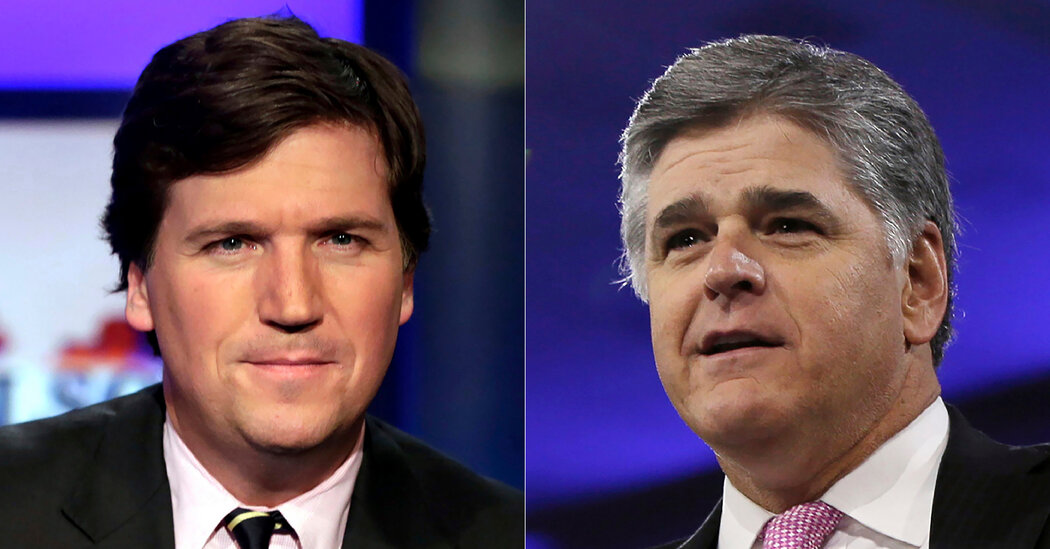 President Trump’s conduct on Monday evening — leaving Walter Reed hospital despite being infectious and in the relatively early stages of the coronavirus, making a show of taking off his mask before re-entering the White House, and exhorting Americans, “Don’t be afraid of Covid” — struck many health experts as dangerous and irresponsible.

But Fox News’s star commentators cheered the president Monday night, calling his bravado an inspiring show of leadership that demonstrated the folly of imposing restrictions to halt the spread of a disease that has killed over 200,000 Americans despite those restrictions.

Tucker Carlson noted that Mr. Trump was 74 years old and argued, “The virus didn’t really slow him down.”

“You might conclude,” Mr. Carlson added, “that coronavirus isn’t quite as scary as they’re telling you it is.”

“You might stop believing the news media, why are we watching this crap,” he went on. “All weekend they told us Donald Trump was going to die.”

Sean Hannity told voters they had a decision to make in the upcoming election and asked: “Do you want a leader who’s willing to fight every minute of every day for the country, for the people of the country? Or do you want a, well — to be honest — a shadow of a man who hides in his basement bunker,” referring to Joseph R. Biden Jr., even though Mr. Biden has been out campaigning while Mr. Trump has been sick.

Despite the efforts by Mr. Trump and some of his supporters to suggest that he has beaten the virus, the doctor overseeing the president’s care, Sean P. Conley, said Monday that his patient was not “out of the woods yet” and that it would be another week until doctors could take “that final deep sigh of relief.”

That sentiment was echoed by other doctors, who stressed that Mr. Trump must continue to be closely watched because some patients deteriorate several days into their illness.

The East Village, Home of Punks and Poets: Here’s a Tour

The Doom Where It Happened