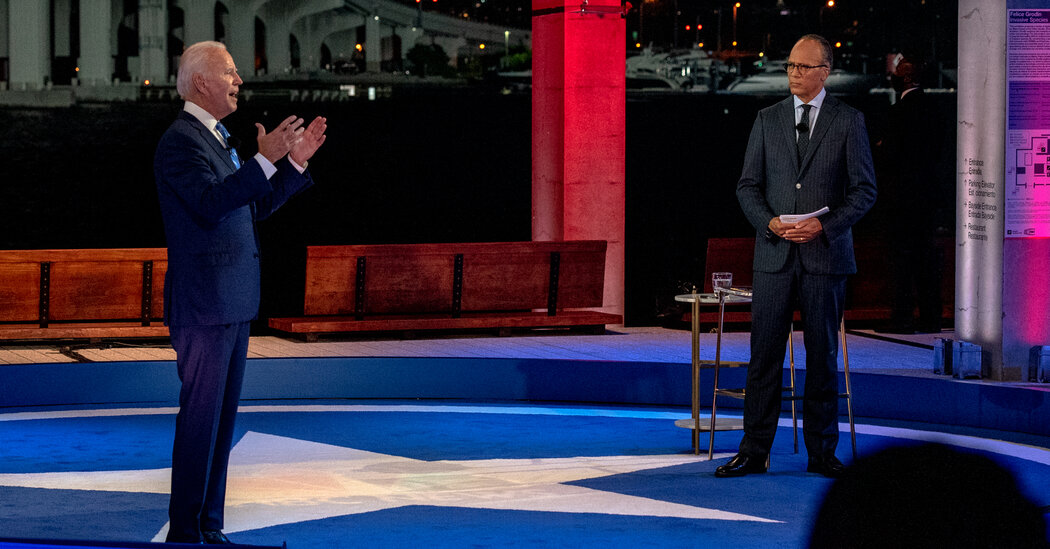 Joseph R. Biden Jr. on Monday suggested President Trump bore some responsibility for his positive coronavirus test because of the way he has flouted public health guidelines for months.

“Anybody who contracts the virus by essentially saying masks don’t matter, social distancing doesn’t matter, I think, is responsible for what happens to them,” Mr. Biden said at a town hall hosted by NBC, when asked whether Mr. Trump was partly responsible for his diagnosis.

Last week Mr. Biden shared a debate stage with Mr. Trump in Cleveland, but said he was not fearful for his own health.

“I’ve been fastidious about the social distancing,” Mr. Biden said. “I’ve been fastidious about wearing a mask.” He said he and Mr. Trump maintained their distance during the debate, but acknowledged, “it was a little disconcerting to look out and see that his whole section, no one had masks on, when my wife was sitting further down, had a mask on, the people with us had masks on. I didn’t quite get that.”

A ‘Cure for Heart Disease’? A Single Shot Succeeds in Monkeys

The Many Sides to Dan Brown

Woman Shot in Capitol Has Died