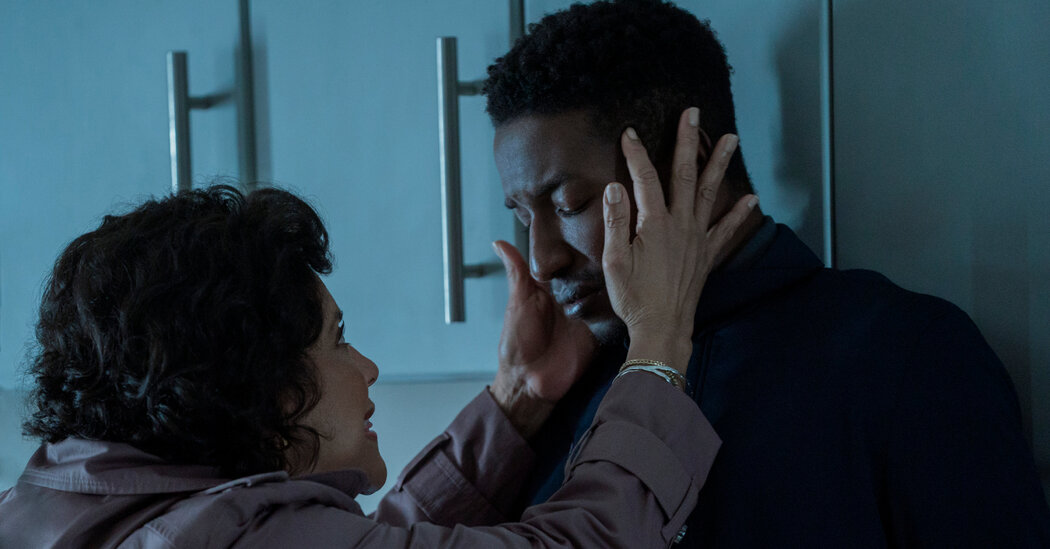 In “Black Box,” it’s bad enough for Nolan (Mamoudou Athie) that, half a year after losing his wife in an automobile accident that also put him into a temporary coma, he’s still suffering from amnesia. But what’s worse are his dreams, which are increasingly becoming nightmares.

And the fact that one morning he wakes up and sees a hole in a wall that he’s told he punched.

Except he’s not a violent person, or even a temperamental one. “I couldn’t even get you to watch boxing, let alone do it,” Nolan’s best friend Gary (Tosin Morohunfola) tells him when speaking of these disturbing circumstances. Gary, who’s a physician, recommends that Nolan visit Lillian, the department head at a medical college, who’s a leader in experimental treatments for neurological dysfunction.

Lillian is played with soothing maternal notes — at least at first — by Phylicia Rashad, who honed that performance mode on “The Cosby Show” many years back. With the movie’s title technology and more, she creates a mental “safe room” for Nolan in which he can uncover memories.

Which he does. Except they may not be his. And they’re not pleasant. They’re also interrupted by a figure walking backward on his feet and hands coming to beat up on Nolan.

This feature directing debut from Emmanuel Osei-Kuffour Jr. has some presentation features that suggest a calling card for the mainstream (whatever that is nowadays), a crystal-clear narrative through-line, a conventionally supportive music score by Brandon Roberts among them. But it also brings some devilish ingenuity to its variations on “Memento” and other “who am I?” thrillers. And it adds to that something more rare: a genuine emotional potency.

DHSE Kerala Plus One results 2020 results to be released on kerala.gov.in, keralaresults.nic.in