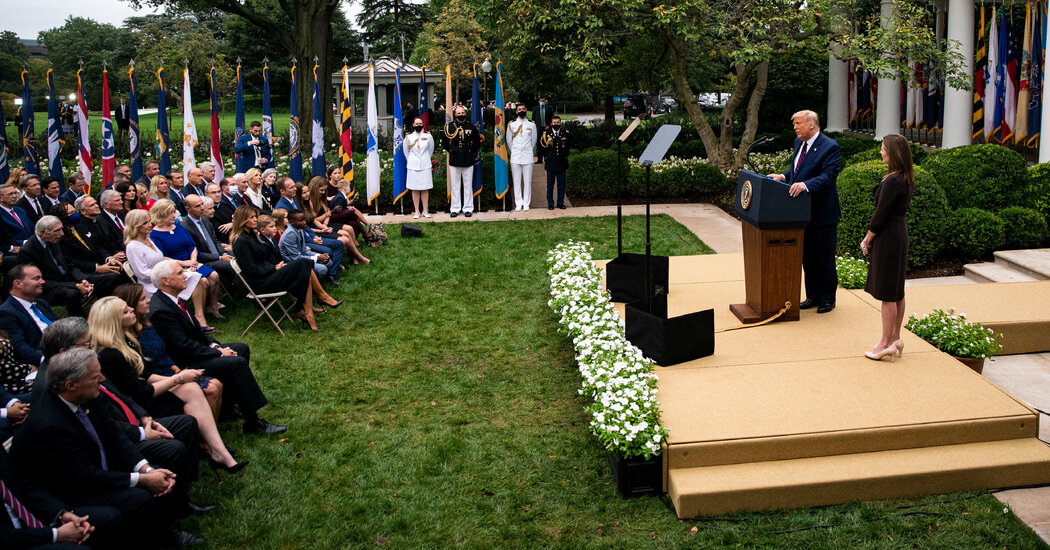 Despite almost daily disclosures of new coronavirus infections among President Trump’s close associates, the White House is making little effort to investigate the scope and source of its outbreak.

According to a White House official familiar with the plans, the administration has decided not to trace the contacts of guests and staff members at the Sept. 26 Rose Garden celebration for Judge Amy Coney Barrett, Mr. Trump’s Supreme Court nominee. At least 11 people who attended the event, including the president and the first lady, have since tested positive.

Instead, it has limited its efforts to notifying people who came in close contact with Mr. Trump in the two days before his Covid diagnosis on Thursday evening. The White House official, who declined to be identified because he was not authorized to speak about the matter, said that the administration was following guidelines from the C.D.C.

The contact tracing efforts have consisted mostly of emails notifying people of potential exposure, rather than the detailed phone conversations necessary to trace all contacts of people who have been exposed. These efforts, typically conducted by the C.D.C., are being run by the White House Medical Unit, a group of about 30 doctors, nurses and physician assistants, headed by Dr. Sean Conley, the White House physician.

“This is a total abdication of responsibility by the Trump administration,” said Dr. Joshua Barocas, a public health expert at Boston University, who has advised the city of Boston on contact tracing. “The idea that we’re not involving the C.D.C. to do contact tracing at this point seems like a massive public health threat.”

My tweets were not intended to disrespect Supreme Court, will pay fine: Prashant Bhushan