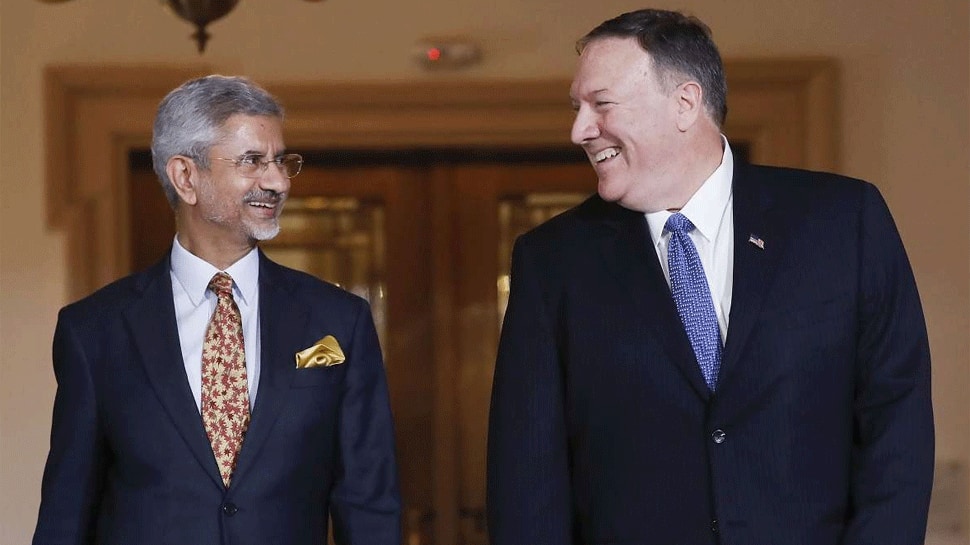 New Delhi: India’s external affairs minister Dr S Jaishankar and US Secretary of state Mike Pompeo have met in Tokyo. While they have been in touch with each other for past few months, amid the covid crisis–this is the first in-person meeting between the two.

This is also the first meeting Jaishankar and Pompeo amid India-China tensions since May of this year. Both countries have seen increased convergencies on several issues, from security to Indo Pacific.

Later today in Tokyo, foreign minister of all 4 Quad countries– India, US, Japan and Austrialia will meet.

US Secretary of state Mike Pompeo, Indian External Affairs minister S Jaishankar, Australian Foreign Minister Marise Payne, Japanese Foreign Minister Toshimitsu Motegi will be present in the meet for the face to face meeting, a first amid the pandemic.

This is the 2nd such Quad FMs meet. Last year, all FMs of Quad countries met on the sidelines of United Nations General assembly.

This will be first such major diplomatic engagement of the new Japanese Prime minister Yoshihide Suga. The grouping, whose focus is on “free and open” Indo Pacific is viewed suspiciously by China.

Kamala Harris and the ‘Double Bind’ of Racism and Sexism

Beirut Explosion: ‘I Was Bloodied and Dazed. Beirut Strangers Treated Me Like a Friend.’