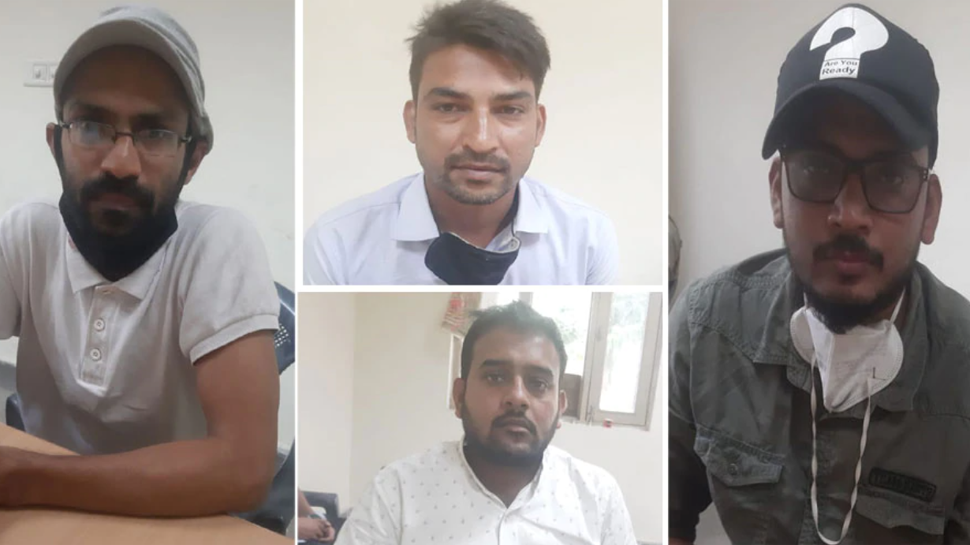 Uttar Pradesh police on Monday  arrested four people, who are said to have links with alleged radical group Popular Front of India (PFI), for their alleged involvement in stoking violence in Hathras. The police said that four PFI men were arrested at Mathura while they were on their way to Hathras from Delhi.

The four accused were arrested at Mathura’s toll plaza when the police was checking vehicles after receiving a tip off that some suspicious people were moving towardds Hathras from Delhi.

The four were identified as Atiq-ur Rehman of Muzaffarnagar, Siddique of Malappuram, Masood Ahmed of Bahraich and Alam of Rampur. Police claimed that they have seized their mobile phones, laptops and some literature, which could disturb peace and stability in Uttar Pradesh.

According to Uttar Pradesh police, the four accused had links with the PFI and its associate organisation Campus Front of India (CFI). It is to be noted that the UP police had earlier sought a ban on PFI for the organisation’s involvement in violent protests against Citizenship Amendment Act.

Talking to reporters, ADG law and order Prashant Kumar said, “Police had received information that some suspicious persons were going from Delhi towards Hathras, after which suspicious vehicles were checked at Math Toll Plaza, Mathura on Monday. During this time a swift When the Desire train (DL01ZC 1203) was stopped and four youths were interrogated, they came to know about their relationship with PFI and their associate organization CFI.”

Hathras grabbed headlines after a 19-year-old girl was allegedly gang-raped on September 14 and she succumbed to her injuries after two weeks at Delhi’s Safdarjung Hospital.