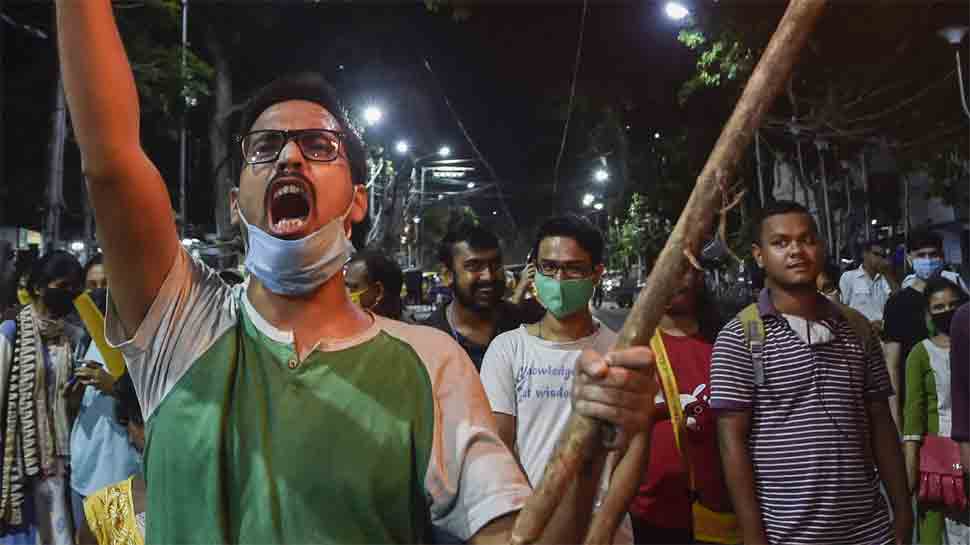 HATHRAS: Amid outrage over the alleged gang-rape and the death of a 19-year-old woman in Hathras, Uttar Pradesh police lodged an FIR against 200 people who held Panchayats in support of the accused party.

According to reports, the police charged 200 people for violating the Epidemic Act as well as Section 144, which was imposed by the authorities in Hathras. The panchayat was held at the behest of a former BJP MLA, the report stated.

A link, ‘justice for Hathras victim’, was uploaded on the platform and it is under probe for alleged dubious activities, official sources said.

They said the ED may file a criminal case under the Prevention of Money Laundering Act (PMLA). The law empowers the agency to confiscate tainted funds collected for any alleged illegal activity through an online platform.

Those involved can be arrested and prosecuted under the PMLA, they added.

The Hathras police FIR has been filed under Section 153A (promoting enmity between groups) of the Indian Penal Code. This is a scheduled offence on which PMLA sections can be applied, the sources said.

The agency, the sources said, will also examine the “ultimate beneficiaries” of the money collected by this web portal and the service provider (telecom company) can be asked to share the IP address or addresses from where the webpage was launched.

The ED, they said, will also seek technical help from the Computer Emergency Response Team of India (CERT-In) for analysing traffic on the website and to obtain email ids and phone numbers used to buy the domain name and hosting a topic related to the alleged gang-rape and death of the Dalit woman in Hathras.

According to the Uttar Pradesh police, the facts and statements of the state government related to the Hathras incident were being forged, manipulated and circulated on social media.

Some accused are circulating material that could trigger caste-based conflict and these are serious offences considering the current situation in the region, a UP police officer said.

CBSE clarifies on fake circular about Class 12, Class 10 Board results 2020

74 per cent of registered candidates appeared for September JEE-Mains exam: Ministry of Education

Antibiotics May Interfere With Hormonal Contraceptives

Ancient Rome Was Teetering. Then a Volcano Erupted 6,000 Miles Away.