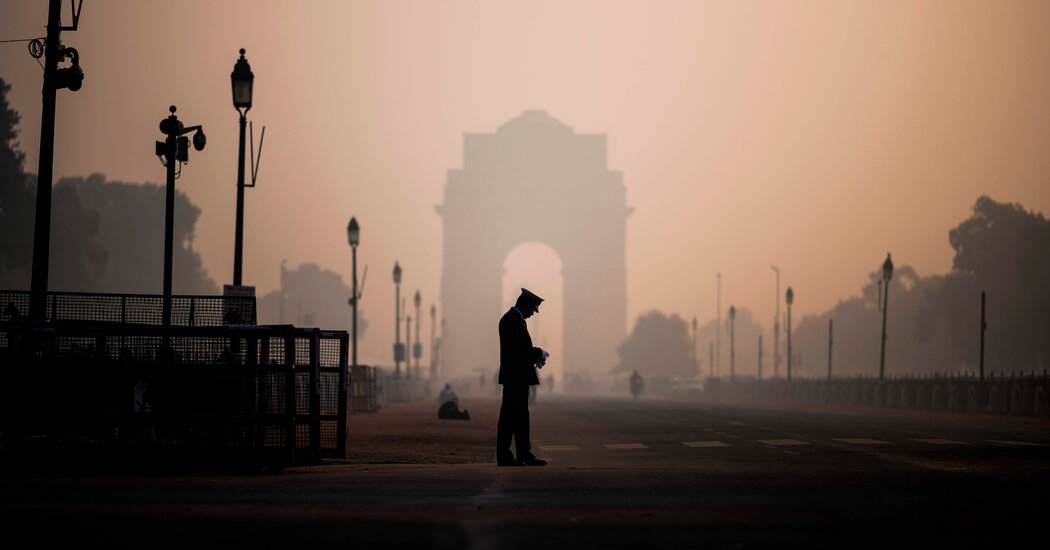 NEW DELHI — Officials in India’s capital, New Delhi, have introduced an antipollution campaign in an attempt to curb air pollution ahead of winter, when the city is regularly covered in toxic haze. They warned that filthy air could make the coronavirus pandemic more dangerous.

“Polluted air can be life-threatening in view of the Covid-19 pandemic,” Mr. Kejriwal said. He added, “Both affect the lungs.”

Health experts say high air pollution levels over a prolonged period have compromised the disease resistance of people living in New Delhi, one of the world’s most polluted cities, making them more susceptible to the coronavirus. New Delhi has had about 285,000 confirmed cases of the coronavirus, including about 5,500 deaths.

More than a million Indians are estimated to die every year because of air pollution-related diseases.

Among the many cities in India gasping for breath, New Delhi tops the list every year. Winters have become a time of health woes, when the city is covered with a toxic haze that obscures the sky and blocks sunlight. Pollution levels soar as farmers in neighboring agricultural regions set fires to clear their land after harvests and to prepare for the next crop season.

Anumita Roychowdhury, an air pollution expert and the executive director at the New Delhi-based Center for Science and Environment, said the causes of the capital’s poor air quality were well known, as were the actions needed to combat it.

But Ms. Roychowdhury said the steps needed to improve air quality were not being carried out at the right scale.

“It isn’t rocket science,” she said.

The new antipollution campaign would not be the capital’s first. It has experimented with limiting the number of cars on the road, deployed large anti-smog guns and halted construction activity. But the steps have had little effect because neighboring state governments have not cooperated.

Last November, New Delhi was blanketed in a dark yellow haze for several days and air pollution hit record levels, forcing schools to close and flights to be diverted.

‘Though the Virus Hadn’t Yet Reached Us, It Was Already Our Enemy’

A Burmese Kitchen That Combines Fidelity and Freedom

E.U. Agrees to Sanction Lukashenko, but Gives Him Time to Back Down