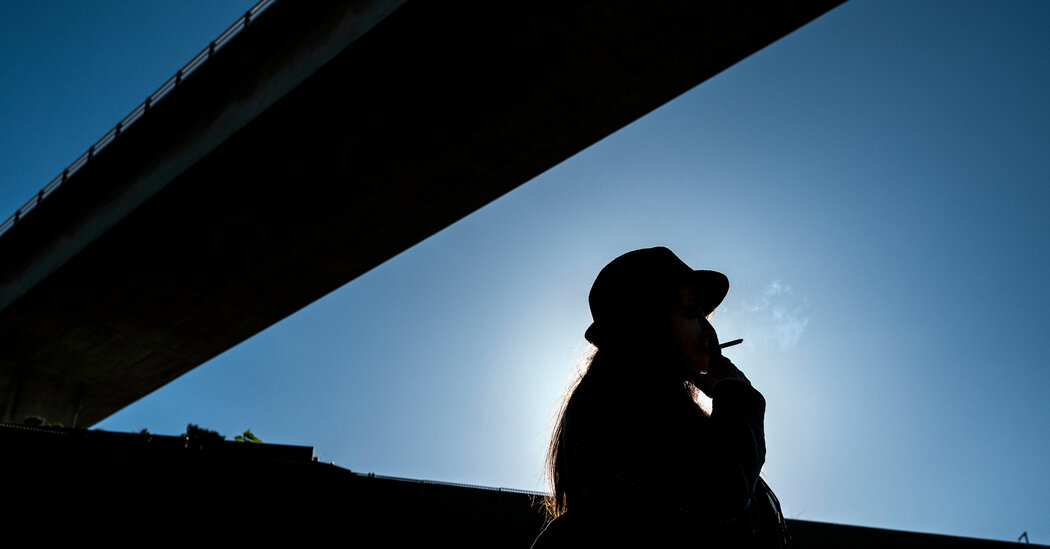 Many people point to Portugal as an example for the United States to emulate in dealing with illicit drugs.

But Portugal’s experience is often misunderstood. Although it decriminalized the use of all illicit drugs in small amounts in 2001, including heroin and cocaine, that’s different from making them legal. And it did not decriminalize drug trafficking, which would typically involve larger quantities.

Portugal’s law removed incarceration, but people caught possessing or using illicit drugs may be penalized by regional panels made up of social workers, medical professionals and drug experts. The panels can refer people to drug treatment programs, hand out fines or impose community service.

A lot of the benefits over the years from Portugal’s policy shift have come not from decriminalization per se, but in the expansion of substance-use disorder treatment. Such a move might bring the most tangible benefit to the United States.

After decriminalization, the number of people in Portugal receiving drug addiction treatment rose, according to a study by Hannah Laqueur, an assistant professor in the Department of Emergency Medicine at the University of California, Davis. Moreover, as of 2008, three-quarters of those with opioid use disorder were receiving medication-assisted treatment. Though that’s considered the best approach, less than half of Americans who could benefit from medication-assisted treatment for opioid addiction receive it.

In turn, the country made financial investments in harm reduction and treatment services. Research in the United States shows a dollar spent on treatment saves more than a dollar in crime reduction.

Opioid overdose deaths fell after Portugal’s policy change. So did new cases of diseases associated with injection drug use, such as hepatitis C and H.I.V. This latter change could also be a result of increases in needle exchange programs in the country. Those programs often meet opposition in the United States, but a cost-effectiveness analysis published in 2014 replicated the research of others in finding that a dollar invested in syringe exchange programs in the United States saves at least six dollars in avoided costs associated with H.I.V. alone.

Harm reduction through needle exchanges and greater treatment availability are among the reasons for the wide disparity in drug overdose deaths between the United States (with a rising and staggering total of nearly 72,000 last year) and European countries like Portugal (which typically has well below 100 such deaths a year). These reflect a different mind-set on addiction; in Portugal, it’s treated strictly as a disease.

Not everything got better immediately after Portugal’s shift. One study found an increase in drug experimentation after the law. But this was a transient effect — most experimentation did not lead to regular drug use.

Murders increased by 41 percent in the five years after the drug reform law (after which they fell), and drug trafficking grew. These could be related.

“Any change in the drug market can bring about violence,” said Keith Humphreys, a professor of psychiatry and behavioral sciences at Stanford University. “Drug traffickers may have incorrectly understood the Portuguese law as a sign the country was a safe place to expand their business, leading to clashes among them and between them and the police.”

One consequence of ending incarceration as a penalty in Portugal is that prison overcrowding decreased. The same would be expected to occur in the United States.

It’s important to note that we don’t know what would have happened in Portugal had the 2001 drug reforms not occurred, so findings should be taken with a grain of salt. Some of the observed changes could result from trends predating the change in laws. For example, even before the 2001 law, those convicted of drug use were typically fined, not incarcerated. In each of the eight years before the 2001 law, the number of people incarcerated for drug use was no higher than 42 and was as low as four. (Portugal’s population is roughly that of the Chicago metro area, about 10 million.)

From the war on drugs to today’s marijuana legalization, U.S. drug laws and attitudes have grown more relaxed over the decades. But whether the United States could see the same benefits as Portugal if it went further and followed the path of decriminalization is less clear. In drug policy, there are many trade-offs. Though we may not have strong evidence that drug decriminalization alone is widely beneficial, we also lack compelling evidence of benefits from criminalizing drug use, which costs the United States billions of dollars annually, much of it because of incarceration.

“Using those funds to treat people, instead of incarcerate them, could go a long way to addressing the harms of illicit drug use in the U.S.,” Professor Humphreys said.

‘A.O.C. plus three’ (plus many more) respond after Trump’s debate stage attack.

Dishonesty Has Defined the Trump Presidency. The Consequences Could Be Lasting.