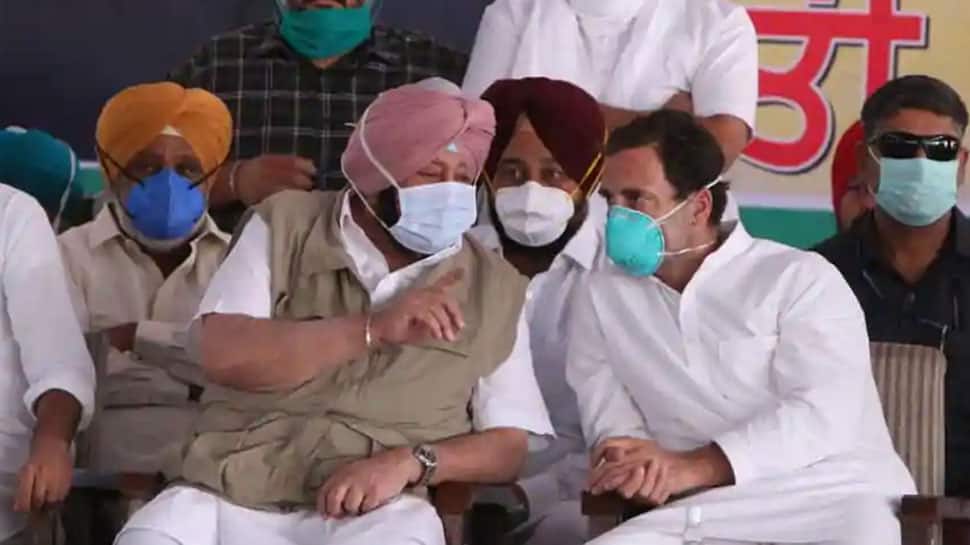 NEW DELHI: Amid the ongoing farmers’ protest over Centre’s newly passed agriculture laws, Punjab Chief Minister Capt. Amarinder Singh has appealed to party leader Rahul Gandhi to scrap what he called ‘black farm laws’ if he becomes the Prime Minister of the country.

Addressing a farmers’ protest rally in Punjab’s Bhawanigarh on Monday, the Chief Minister admitted that while the farm laws had been passed in Parliament, amendments could still be made to them.

Exuding confidence about his party getting a majority in the next Lok Sabha polls, Singh asked Rahul Gandhi to scrap the three farm laws ‘when he becomes the PM’.

It is to be noted that Rahul Gandhi is currently on his ‘Kheti Bachao’ rally across Punjab and is scheduled to visit Haryana to hold farmer rallies as part of Congress’ plan to reach out to the farmers and corner the BJP government on the issue.

Terming the new farm laws as “black laws”, Singh said that his government would take the fight forward and take every step to safeguard the interest of the farming community. “It is total injustice with farmers,’’ said Singh while referring to the three laws.

Rahul Gandhi too alleged that Prime Minister Narendra Modi was finishing “farmers and labourers” with the three farms laws just as he had ‘destroyed’ small shopkeepers with demonetisation and GST. Addressing a gathering in this Punjab town, Gandhi also asked the BJP-led Centre why it was in a hurry to bring the laws when there was a pandemic on.

“Like he (Modi) finished small shopkeepers and small-medium businesses with GST (Goods and Services Tax) and demonetisation, he is finishing farmers and labourers the same way and slashing your throats with these three laws,” he said.

Gandhi underscored the need for improving the food procurement and Public Distribution System and acknowledged that they had shortcomings.

“Narendra Modi is not doing this. Modi is not strengthening the system… If PM Modi gives better PDS and guarantees MSP and gives more mandis, then Ambani and Adani cannot make money,” the Congress leader alleged.

President Ram Nath Kovind has given his assent to the Farmers’ Produce Trade and Commerce (Promotion and Facilitation) Bill; Farmers’ (Empowerment and Protection) Agreement of Price Assurance and Farm Services Bill; and Essential Commodities (Amendment) Bill, which were passed by the Parliament last month.

It’s Time to Re-Re-Re-Meet the Muppets