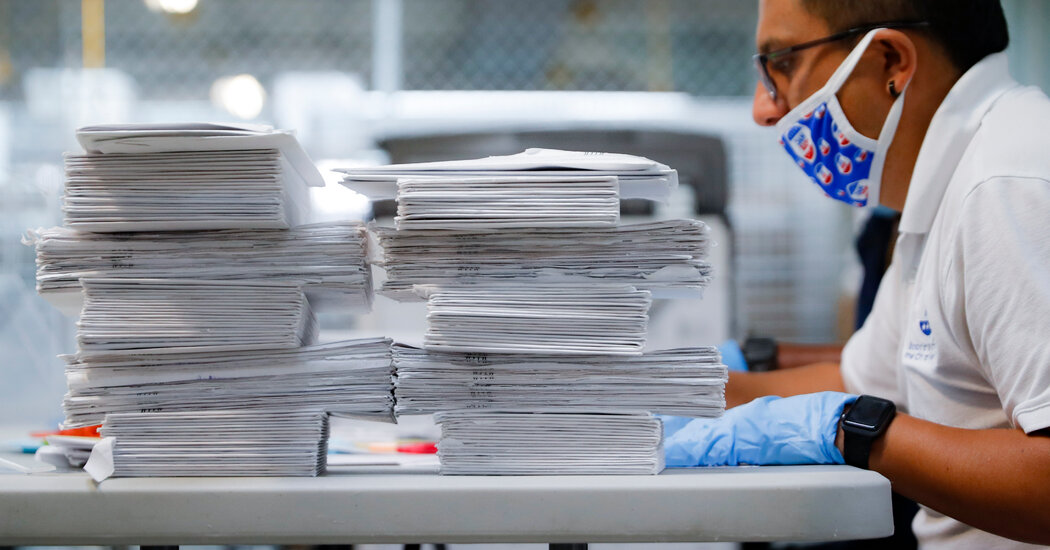 Any New Yorker who is able to do so ought to vote early and in person.

The news this week that the city’s Board of Elections sent defective absentee ballots to nearly 100,000 voters makes this need clear.

The board has caused problems for years, from long lines at the polls to illegal voter purges. This week, tens of thousands of voters, mostly in Brooklyn, opened their absentee ballots to find someone else’s name printed on the envelope they are meant to mail back, making the ballots unusable.

Board of Elections officials said that a vendor, Phoenix Graphics, was to blame. Phoenix Graphics said Wednesday that it would send new ballots to New Yorkers at no cost. The board needs to hold the company to that promise, without delay. It would be helpful for Gov. Andrew Cuomo and other state officials to support the effort as well.

In addition, New Yorkers should remember that they can now vote early, thanks to state election reforms signed into law last year. Early voting starts on Oct. 24 for the November election. (New Yorkers can find their polling location at the B.O.E. website.) That change, which was long overdue, will help mitigate crowds and allow in-person voting to happen more safely during the coronavirus pandemic — though the practice is thought to be relatively low risk at any rate.

The bigger issue is that, even with New York’s election reforms, it should be easier to vote here, and everywhere in the United States. Mr. Cuomo and the State Legislature could help by fixing the law governing the city’s B.O.E. State election law requires that local election boards be made up of commissioners chosen by each political party. The 10 commissioners who make up New York City’s election board are nominated by political parties in each borough. A better idea: The state should create a nonpartisan body to administer elections, and to set clear standards for those appointees.

The Dance on Camera Festival, When Dance Is Only on Camera

Rise above petty politics: Amit Shah hits back at Rahul Gandhi with video of...