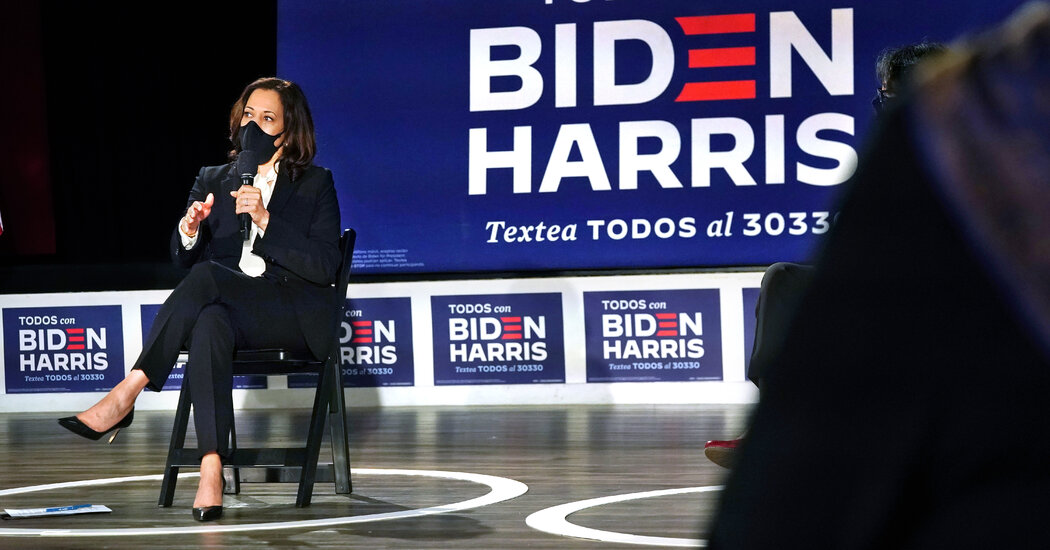 The last time Kamala Harris stepped onto a debate stage, her Democratic primary campaign was sputtering to a close — running out of money, trailing badly in the polls and fading as a force on policy issues. She dropped out of the race two weeks later.

Now, as Ms. Harris prepares to face off against Vice President Mike Pence on Wednesday and to play a high-profile role in the upcoming Supreme Court confirmation hearings, she will be tested as a national leader and a voice of the party like never before. The challenge facing Ms. Harris, who arrived in Washington as a senator in 2017: Can she best her opponents and make the case for Democrats while walking the tightrope of unique expectations that American voters still have for powerful women?

Ms. Harris, the first woman of color on a major party’s national ticket, has tried to downplay expectations for herself in the vice-presidential debate, reflecting concerns quietly raised by some aides and allies that the standard for her success on Wednesday has grown impossible to meet.

“I’m so concerned,” she said with a laugh at a fund-raiser last month. “I can only disappoint.”

While President Trump spent months waging relentless attacks on former Vice President Joseph R. Biden Jr.’s mental acuity, lowering the bar for his opponent, Democrats have, by contrast, heralded Ms. Harris as a star prosecutor and talented debater, which carries its own set of risks.

Mr. Trump’s coronavirus diagnosis has injected another element of unpredictability and amped up the pressure on Ms. Harris and Mr. Pence to reassure a jittery public that they can step in as president.

A Return to Dining and Restaurants in Australia