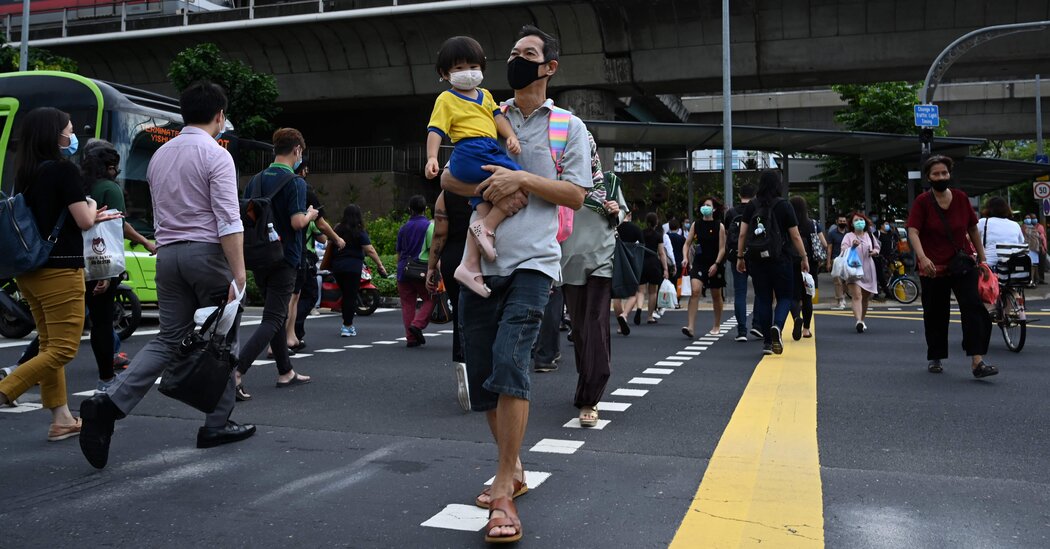 Singapore has been trying for years to bolster its low birthrate by offering new parents a “baby bonus” of more than $6,000 for each child. Now the country of 5.7 million people says it plans to further sweeten the incentive with a one-time payment to help couples “have more babies” during the pandemic.

“We have received feedback that Covid-19 has caused some aspiring parents to postpone their parenthood plans,” Deputy Prime Minister Heng Swee Keat said in a statement on Monday. “This is fully understandable, especially when they face uncertainty with their income.”

The amount of the newly introduced payment had not been announced as of Tuesday evening.

Singapore had initial success against the coronavirus, but its caseload soared in April, fueled by an outbreak among migrant workers. It has reported 27 deaths and at least 57,000 infections since the start of the pandemic, including 104 new cases over the past week.

Singapore’s economy posted its worst-ever performance in the second quarter and is expected to contract by 6 percent this year.

Over the years, Singapore’s government has organized speed dating and other matchmaking services in a mostly futile attempt to encourage procreation. It also provides dollar-for-dollar matching services for savings accounts that are set up for newborns.

But the city-state’s fertility rate has continued to fall anyway over the past four decades — from 1.82 to 1.14 births per woman. That does not include modest fertility spikes that coincide with the lunar Year of the Dragon, which comes every 12 years and is widely thought to be auspicious.

Singapore’s birthrate of 8.6 per 1,000 people ranked 214th in the world in 2017. Of the 12 countries that scored lower, three were in Asia: Japan, South Korea and Taiwan. Monaco scored last.