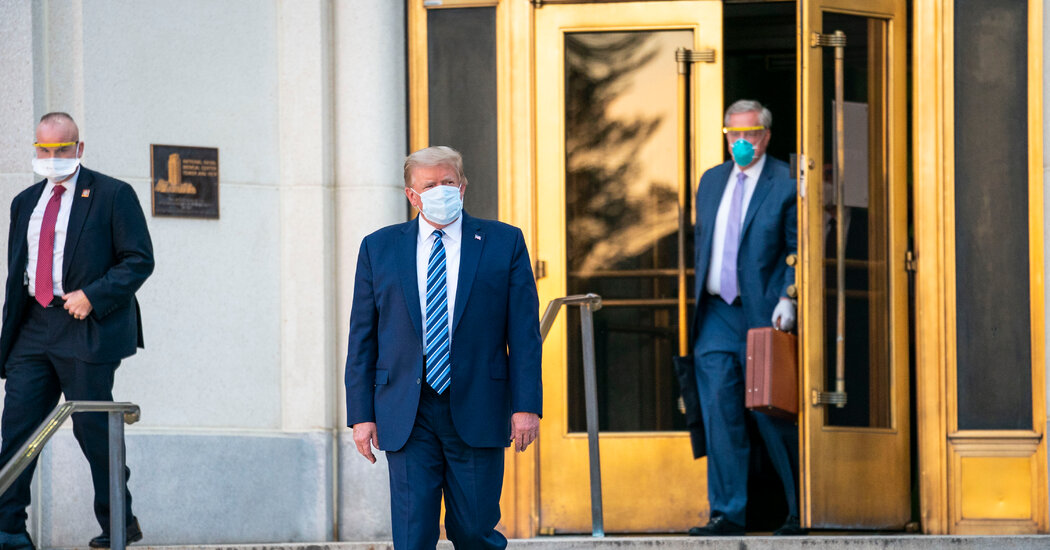 As a buoyant President Trump emerged from Walter Reed National Military Medical Center this week, appeared on a balcony at the White House, and proclaimed on Twitter that the public should have no fear of the coronavirus, many Americans saw few parallels between Mr. Trump’s experience with the virus and their own.

A woman in Brooklyn was reminded of the $4,000 she was charged for medication for her father, who eventually died from the coronavirus.

One man in Texas said he understood why the president of the United States would have top-flight doctors, but could not help comparing the place where Mr. Trump was treated with the facility where his 87-year-old mother became sick and died.

Nothing about the medical care that presidents receive is ever typical, and the coronavirus is no different: Mr. Trump so far seems to have benefited not only from power, money and access to first-class medical treatment, but also from the timing of his illness. He caught the virus seven months into the pandemic, after the country built up supplies and doctors honed their understanding of the disease.

One of his treatments, the steroid dexamethasone, was not used widely to treat patients at the beginning of the pandemic and was not adopted by some hospital officials in the United States until this summer.

Prudencio Matias Mendoza’s brother, Mariano, died from the coronavirus in late July, and in the past week, Mr. Matias Mendoza, 38, has been following Mr. Trump’s bout with the virus.

He supports some of the president’s policies. But he could not help but feel angry to see Mr. Trump and other officials ignoring social distancing and mask-wearing mandates.

“The president is not a god,” Mr. Matias Mendoza said. “Everyone has to do their part. This is a virus that comes to kill.”

Democrats shatter the ActBlue site’s donation records in the hours after Ginsburg’s death.