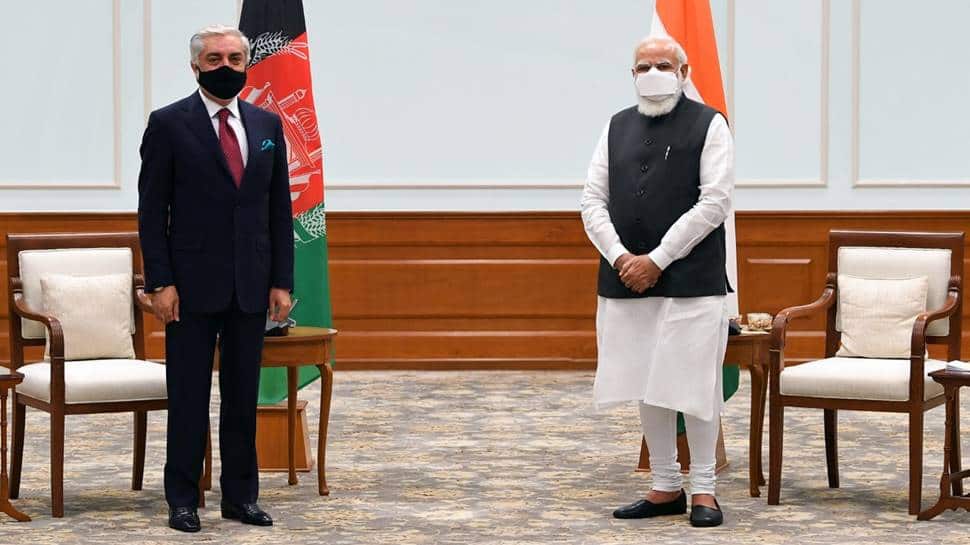 New Delhi: Chairman of Afghanistan’s High Council for National Reconciliation (HCNR) Dr Abdullah Abdullah on Thursday called on Prime Minister Narendra Modi and briefed him about the intra-Afghan talks between the Afghan government and Taliban which is underway in Doha.

He also thanked New Delhi for its “principled position” in the Afghan peace process. India’s policy on the peace process has been that it should be “Afghan-owned, Afghan-controlled”.

Dr Abdullah, who is the chief Afghan government negotiator for the intra-Afghan talks and is on a five-day visit to India, his first such visit since taking charge of the position.

Dr Abdullah tweeted, “In our friendly discussion we took stock of the latest developments on the Afghan peace process, the talks in Doha, and India’s support for the peace efforts.”

During the talks, India assured its “continued support for the peace process”.

The Foreign Secretary Harsh Shringla, NSA Ajit Doval, Tahir Qadiry, Charges A’Affaires at the Afghan Embassy in Delhi were present during the meeting.

He said, “Discussed the Afghan peace process and talks in Doha. He assured India’s full support for peace efforts and any peace settlement acceptable to Afghans, will have India’s support.”

Abdullah, accompanied by a high-level delegation, is here on an invitation by the Government of India to discuss the peace efforts and the need for regional consensus and support for the Afghan peace process.

All Eyes on Bars as Virus Surges and Americans Go Drinking

A Messy Return to School in New York