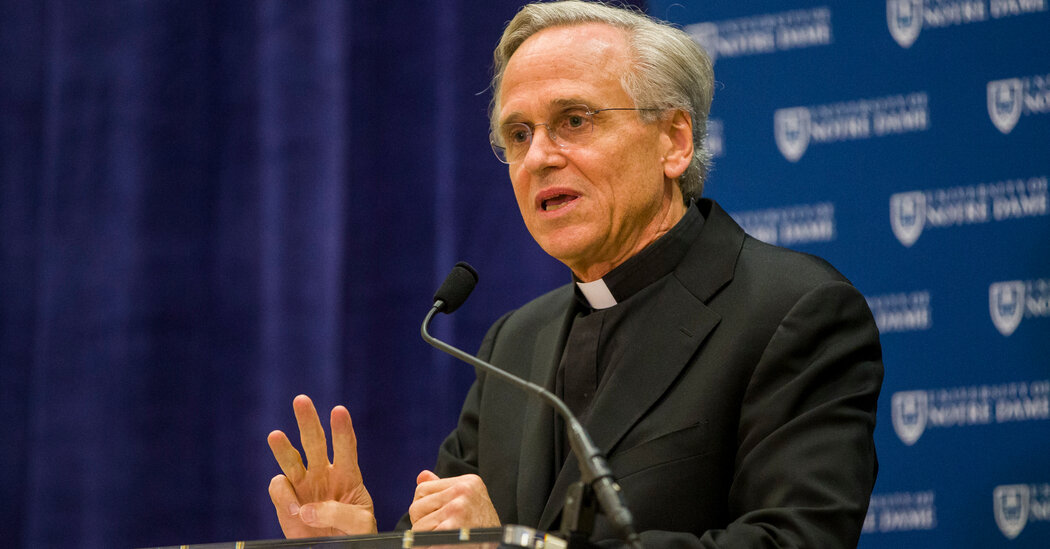 The Rev. John I. Jenkins, the University of Notre Dame’s president and a 66-year-old Catholic priest, was among the first college leaders to invite students back to campus, arguing in a New York Times Op-Ed in May that the college had a moral obligation to not be crippled by fear of the virus.

He also seemed humble about the challenge: When he forgot social-distancing rules as he posed for pictures with students returning to the South Bend, Ind., campus in August, he issued a public apology.

Now Father Jenkins faces a storm of protest over the news that he not only violated his own health rules — appearing without a mask at a White House reception last month for Judge Amy Coney Barrett, a Supreme Court nominee and former Notre Dame Law School professor — but also is infected with the coronavirus himself.

Students have petitioned for his resignation, angry over what they consider his hypocrisy, as well as the rising tide of infections on campus. Others have reported him to a coronavirus hotline for violating his own mask mandate. And the faculty senate stopped one vote short on Tuesday night of considering a vote of no confidence in his leadership.

“I haven’t seen people this outraged in my whole career, and I’ve been here since 2001,” said Eileen Hunt Botting, a political-science professor.

In a statement posted last week on the Notre Dame website, Father Jenkins said: “I regret my error of judgment in not wearing a mask during the ceremony and by shaking hands with a number of people in the Rose Garden.”

Some faculty members have expressed empathy for Father Jenkins, who is certainly not the first college president to get the virus. “Father Jenkins is already sick,” one person wrote. “That is enough punishment.”

But many others bristled with resentment that he visited Washington when their own travel has been forbidden.

“I have not seen my aging parents in over a year,” one faculty member said. Others said they had canceled research trips and vacations. One had missed the birth of a first grandchild.

What Are Iran and Russia Up To?

Its most famous coach has the virus, but college football rolls on.