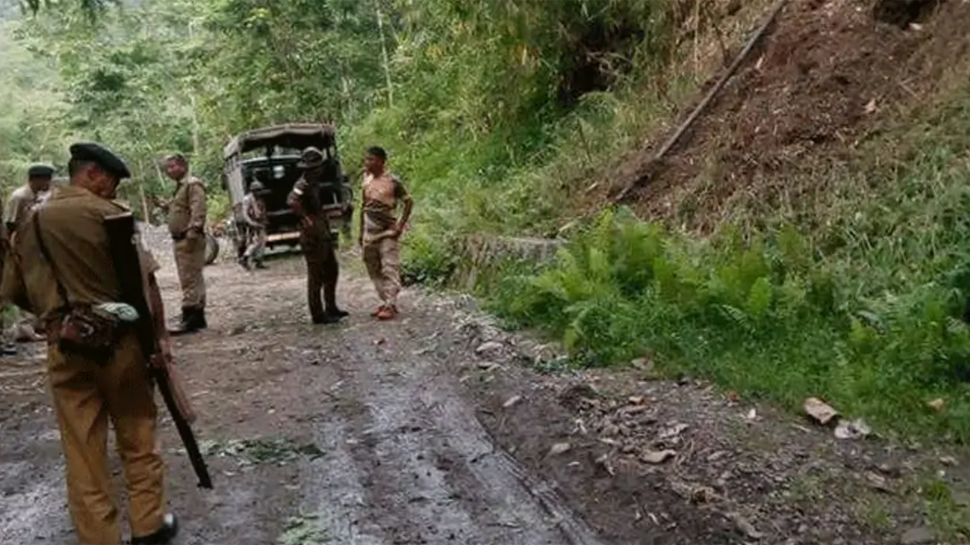 The northeastern insurgents groups are recruiting locals and consolidating their positions in Myanmar. As per the latest reports of security agencies, the National Socialist Council of Nagaland-Khaplang (NSCN-K) led by Yung Aung strengthening its position inside Myanmar and various NSCN groups are planning to attack security forces at vulnerable points in the North East region.

Indian foreign secretary Harsh Shringla and Indian Army Chief General Manoj Mukund Naravane was on a two-day visit to Myanmar recently and it is understood that talks have also been held between the two countries about joint actions against insurgents groups operating in the North East regions and in Myanmar.

Security agencies report also concerns the growing activities of insurgents groups in the past few months. If seen, various the friction of NSCN and some other insurgent groups have already carried out several attacks on security forces in the last few months.on Sunday, there was a similar attack, in the Changlang district of Arunachal Pradesh, in which an Assam Rifles soldier was martyred while another was hurt in an ambush. Police suspect that around 30 insurgents belonging to the Paresh Baruah faction of United Liberation Front of Assam (ULFA-Independent) and the Yung Aung faction of the National Socialist Council of Nagaland (NSCN-K) are behind the ambush.

The Myanmar military recently has handed over a group of 22 insurgents, active in Assam and northeast states, to the Indian government this year in the month of May. The insurgents, wanted in Manipur and Assam for a long time, were brought back by a special plane. This is in a first when the Myanmar government has acted on India’s request to hand over the leaders of the northeast insurgents groups. Among those were deported by the Myanmar government, 12 of the 22 insurgents are linked with UNLF, PREPAK (Pro), KYKL and PLA whereas the remaining 10 are associated with Assam groups such as NDFB(S) and KLO.

The insurgents’ groups active across India’s northeast states and at the Indo-Myanmar border are taking advantage of the large scale of unemployment caused by the outbreak of the COVID-19 pandemic and are conspiring to recruit more youth into their outfits. A large number of NSCN (K) cadres congregate along the Indo-Myanmar Border across the Mon area (Nagaland) with a motive to carry out attacks on Security Forces.

Indian and Myanmar Armies had carried out a joint coordinated operation in their respective borders against Arakan Army and other rebel groups under the code name ‘Operation Sunrise’ to secure the Kaladan Project. The Arakan Army has set up several camps in areas across Mizoram’s Lawngtlai district, posing a threat to the Kaladan Project. This project is being viewed as India’s gateway to Southeast Asia.

Last year in the month of Nov, a huge cache of Chinese weapons was seized in Shan State by the Burmese Army including surface to air missiles.

During the investigation, it was revealed that all the weapons were to be delivered to terror groups and were smuggled through China.

In 2004, ten truckloads of arms and ammunition smuggled from China were seized by the Bangladesh Army. In another incident in 2010 when northeast militant Anthony Shimray, who had returned from Nepal, was apprehended by Indian security agencies. During the interrogation, Shimray disclosed that he was tasked to send a large consignment of AK 47s, M16 rifles, machine guns, sniper rifles, and rocket launchers among other arms and ammunition from China to India.

As per some reports, Beijing had also been taking help from Pakistan’s intelligence agency ISI against India. China and Pakistan had jointly set up an operational hub against India in Bangladesh capital city Dhaka with the aim of contacting militant groups of northeast states.

India rejects Chinese comments on Jammu and Kashmir, advises China not to comment on...