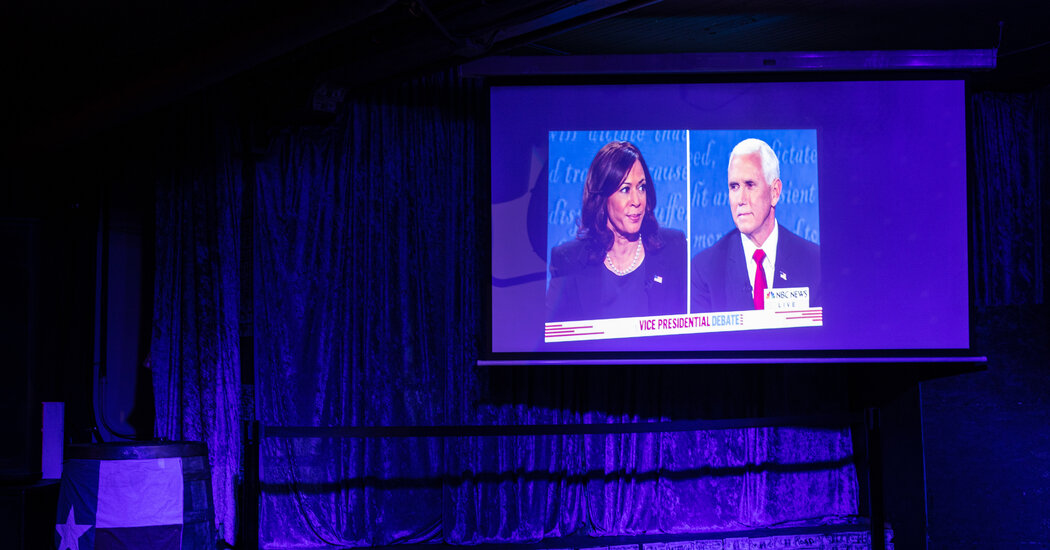 It was the first time a woman of color had ever appeared on a presidential or vice-presidential general election debate stage, and the tightrope Senator Kamala Harris had to walk was never far from sight.

Just consider the reaction in the Republican pollster Frank Luntz’s focus group of undecided voters: “She is applauded for her knowledge,” Mr. Luntz wrote on Twitter, “but they just don’t like her ‘condescending reactions.’”

That some voters would view Ms. Harris’s reactions as condescending, and recoil at them — the laughs, head shakes and “are you kidding me” expressions she displayed at various points in response to Vice President Mike Pence — was not surprising. Nor was the lack of comparable backlash to Mr. Pence’s head shakes and unamused expressions.

Research shows that voters see certain behavior as assertive or authoritative when it comes from men but aggressive or condescending when it comes from women. The double standard is more severe for women of color, and the specific criticism lodged against Ms. Harris has both racial and gendered components.

“Her facial expressions and the eye rolls and neck movements were quintessential Black woman — she was signaling, ‘Don’t start,’” said Nadia E. Brown, an associate professor of political science and African-American studies at Purdue University.

“However, what came out of her mouth was what people tuned in to the debate to hear,” Dr. Brown said. “She gave clear policy contrasts, and that’s really what the debate should be about.”

Dr. Brown and other experts who study women of color in politics said that while double standards were very much present, Ms. Harris may also have helped herself and the Democratic ticket by calmly asserting herself when interrupted.

Women of all political persuasions can relate to being spoken over and dismissed, Dr. Brown said, and that does not necessarily help the Trump campaign win over, say, white suburban women — who helped lift Mr. Trump to victory in 2016, but among whom he is badly trailing in the polls.

“With the tightrope she’s walking, she’s definitely not going to make everybody happy,” said Amanda Hunter, research and communications director at the Barbara Lee Family Foundation, which supports women in politics. But, she added, “it’s so important that a woman candidate stand up for herself in a debate, and that can display strength to voters.”

The Biden campaign, for its part, sought to use the gendered dynamics to its advantage in the post-debate spin.

“He didn’t just mansplain,” Symone Sanders, a senior adviser to the Biden campaign, said of Mr. Pence. “He man-dodged.”

This ‘Lovecraft Country’ Actor Is Happy in Her Own Skin

After Beirut Explosion, Funerals and Fury

Why These Voters Rejected Hillary Clinton but Are Backing Joe Biden