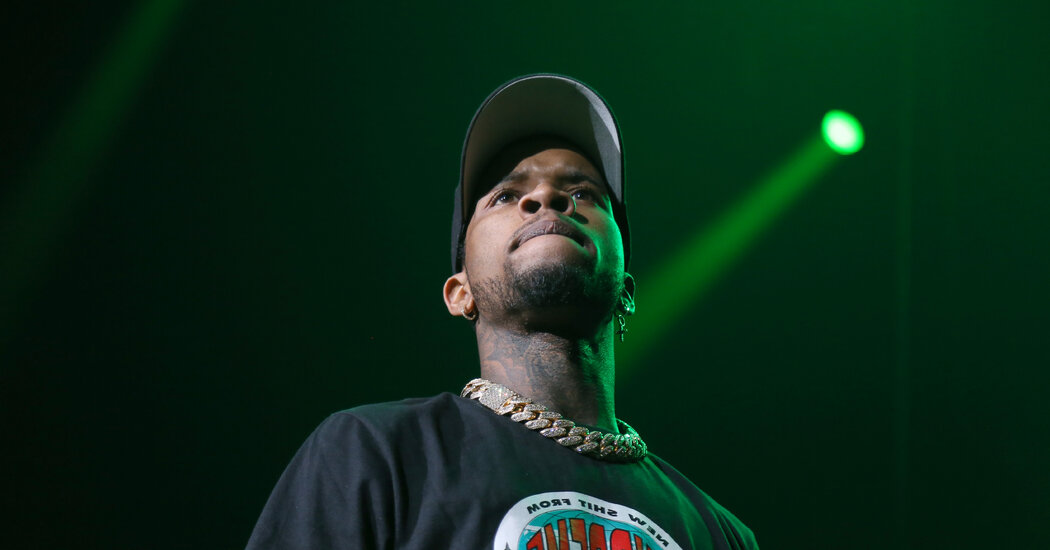 Months after the chart-topping rapper Megan Thee Stallion said she was shot in the feet by a fellow musician in the Hollywood Hills, the rapper Tory Lanez has been charged in the incident, the Los Angeles District Attorney’s Office announced on Thursday.

Mr. Lanez, a Canadian artist whose real name is Daystar Peterson, faces one count of assault with a semiautomatic handgun and one count of carrying a loaded, unregistered firearm in a vehicle. He would face up to 22 years and eight months in prison if convicted, the district attorney said. Mr. Lanez, 28, was initially arrested on July 12 and charged with concealing a firearm in the vehicle, the police said at the time.

But in the days and weeks that followed, the matter became the subject of intense speculation, gossip and finger-pointing after Megan Thee Stallion, 25, born Megan Pete, said via Instagram on July 15 that she had “suffered gunshot wounds, as a result of a crime that was committed against me and done with the intention to physically harm me.” She did not name her assailant at first, and the police declined to say that shots had been fired, confirming only that one person had been taken to a hospital to receive medical treatment for a foot injury.

In August, Megan Thee Stallion again used Instagram to provide further details, claiming that Mr. Lanez had been responsible. She said she had sought to protect him from the police that night by not telling them she had been shot, but that the spread of misinformation online, as well as misleading accounts from Mr. Lanez’s team, had forced her to come forward.

“Tory shot me,” Megan Thee Stallion said in a livestream to her millions of followers. “You shot me and you got your publicist and your people going to these blogs lying.”

“I didn’t tell the police nothing because I didn’t want us to get in no more trouble,” she added. “You want me to tell the law that we got a gun in the car so that they can shoot all of us up?”

Mr. Lanez did not comment publicly on the accusation, but released an album, “Daystar,” last month in which he appeared to repeatedly question her account.

“I would never put you in no danger,” Mr. Lanez rapped on the opening track, “and if I did, you would’ve said it when you seen the cops.” The album, which drew heavy backlash from listeners who called it exploitative, debuted at No. 10 on the Billboard chart.

Representatives for Mr. Lanez did not immediately respond Thursday to a request for comment.

Prosecutors now say that Mr. Lanez and a “female friend,” identified in the complaint only as Megan P., were riding in a sport-utility vehicle in the Hollywood Hills during the early morning hours when they began arguing. “The victim exited the vehicle and Peterson is accused of shooting several times at her feet and wounding her,” the district attorney’s office said in its news release. Mr. Lanez’s arraignment is scheduled for Oct. 13.

The case has coincided with a star-making moment in Megan Thee Stallion’s music career. In May, she earned her first No. 1 single on the Billboard Hot 100 with “Savage,” a collaboration with Beyoncé, and she topped the chart again in mid-August as a guest on “WAP” by Cardi B. This month, she appeared as the musical guest on the season premiere of “Saturday Night Live,” where she called attention to the police shooting of Breonna Taylor.

As N.Y.C. restaurants reopen indoor dining, N.J. may offer a glimpse of the future.

This Mac and Cheese Goes Nationwide