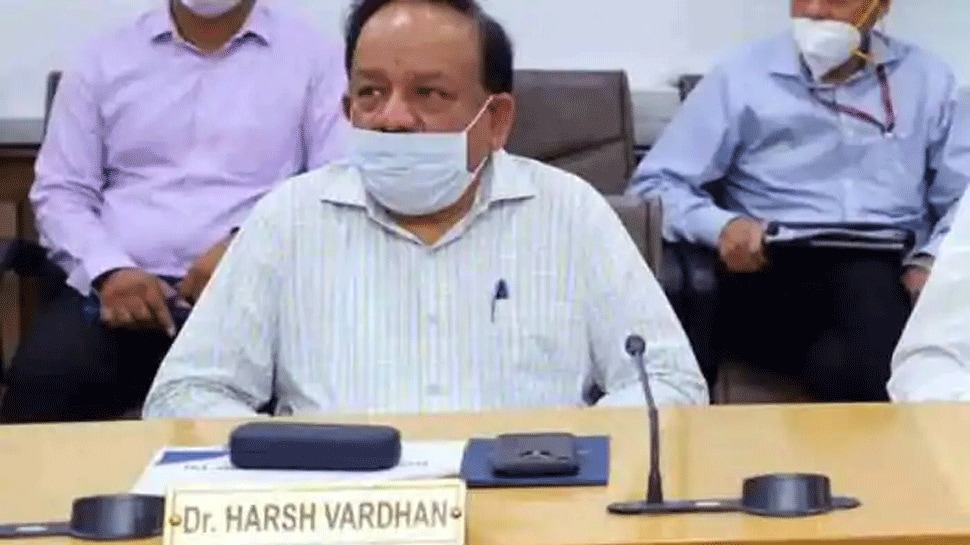 New Delhi: The Indian Medical Association (IMA) has put up several questions to Union Health Minister Harsh Vardhan for launching the Ayush Standard Treatment Protocol for asymptomatic COVID-19 patients. In a statement, the IMA asked Minister Harsh Vardhan to authenticate his claims and give satisfactory evidence.

The IMA statement read, “He (Harsh Vardhan) has arranged impressive names of institutions to support his prescription. He admits that these are based on empirical evidence which means that the evidence is anecdotal and based on individual subjective experiences. He himself relegates AYUSH as history rather than current by saying Ayurveda has contributed to the foundation of modern medicine.”

Mentioning Union Health Minister as a modern medicine doctor the IMA has posed five questions. The questions include:

– Is there satisfactory evidence regarding the claims made from studies done on COVID-19 patients based on the above criteria? If so, whether the evidence is weak or moderate or strong? The evidence should be in the public domain and available for scientific scrutiny.

– Whether the severe form of COVID-19 a hyperimmune status or an immune deficiency status?

– Whether the proponents of this claim and his Ministry are prepared to subject themselves as volunteers to an independent prospective Double-Blind Control Study in the prevention and treatment of COVID?

– How many of his ministerial colleagues have so far made the informed choice of getting treated under these protocols?

– What is stopping him from handing over COVID care and control to AYUSH ministry?

IMA also said that by failing to answer their question the Union Health Minister will be inflicting a fraud on the nation and gullible patients by calling placebos as drugs.

Notably, Health Minister Harsh Vardhan had earlier launched and hailed the up-gradation of protocols by the Ayush Ministry which has been done with the Indian Council of Medical Research (ICMR) and Council of Scientific and Industrial Research (CSIR).

Some of the recommendations by the AYUSH Ministry for COVID-19 treatment include doing gargles with warm water added with a pinch of turmeric and salt. Some others include, nasal installation/application of medicated oil (anu taila or shadbindu taila) or plain oil (sesame or coconut) or nasal application of cow`s ghee (goghrita) once or twice in a day, especially before going out and after coming back to home.

The protocol also recommends steam inhalation with ajwain or pudina or eucalyptus oil once a day and adequate sleep of 6 to 8 hours. The guidelines point out specific measures and symptom management for prophylactic care in the high-risk populations, primary contacts, for asymptomatic and mild COVID-19 patients.

Oleandrin, Covid-19 Treatment Pitched to Trump, Could Be Dangerous