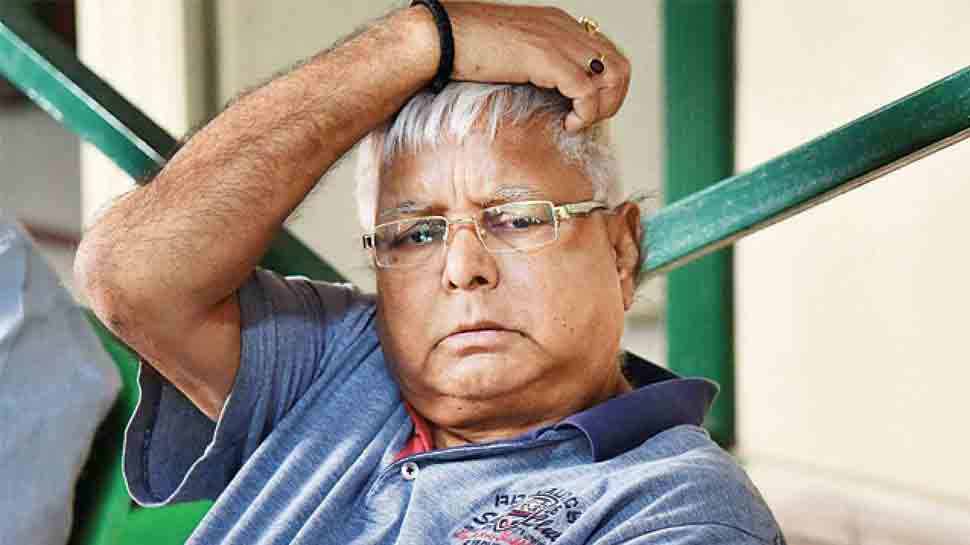 The veteran RJD leader will, however, continue to remain in jail as he has been sentenced to 14 years of imprisonment in connection with the Dumka treasury case. The RJD leader has been convicted in three cases related to the fodder scam. He had earlier got bail in the Deoghar Treasury case.

The case relates to the withdrawal of Rs 33.67 crore from the Chaibasa treasury during the year 1992-93, when Lalu Yadav was the Chief Minister of Bihar.

In the Chaibasa treasury case, Lalu Prasad was awarded five years’ sentence. In September, his lawyer pleaded in court that since he was about to complete half of his sentence period in jail, the ex-Bihar Chief Minister should be granted bail.

Lalu Prasad Yadav’s has been convicted in six cases in connection to misappropriation of public funds and there have been varying sentences awarded in these cases.

Earlier in September, the RJD leader and former Union Minister, who was staying at the paying ward of RIMS, was shifted to the Director’s residence after nine security personnel deployed for his security tested positive for coronavirus COVID-19.

Son stabs mother to death in Delhi`s Madangir, smears her blood on his face...

Immigrant ‘Dreamers’ in Search of a Job Are Being Turned Away

On the Fire Line, Grueling Work and a Shared Purpose