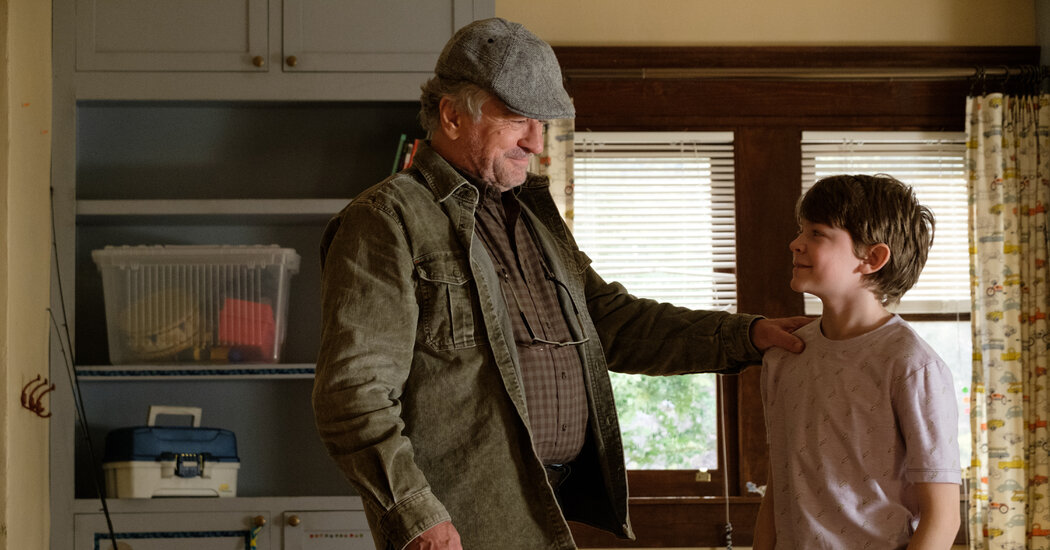 In his first feature release after last year’s widely acclaimed “The Irishman,” Robert De Niro returns with a role choice that is sure to frustrate his old-school fan base. Here he appears in “The War With Grandpa” — which is not a sequel to his coarse 2016 “Dirty Grandpa.”

“War” is, rather, a family comedy. Directed by Tim Hill, from a novel by the late children’s book writer Robert Kimmel Smith, it concerns the travails of the sixth-grader Peter (Oakes Fegley). Already beset by a host of sixth-grader complaints, he now has to deal with his slightly shaky grandfather Ed (De Niro) taking over his room.

Relegated to the attic, Peter declares war, and pranks ensue. Peter sabotages a collection of marbles that have sentimental value to Ed, the better to land the punchline “Grandpa lost his marbles.”

Ed then rewrites Peter’s “what I did on my summer vacation” report, adding distasteful body function activities; the child unwittingly reads this aloud in class. Soon things get more physical, as Ed enlists senior pals Christopher Walken, Cheech Marin and Jane Seymour into his elder army.

“The War With Grandpa” is relentlessly anodyne, from the cartoony lettering of the opening credits on. Even its bad-taste jokes, culminating in some awkward corpse inspection at a funeral, land in the nicest way possible.

De Niro is game throughout, and sometimes amusing in that way he can be. But Walken is the funniest performer here; his delivery of the line “I don’t know this guy” at the aforementioned funeral is magnificent. And as Peter’s mom, Uma Thurman gets through the proceedings without ever betraying a “I never thought my career would come to this” glance.

The War With Grandpa
Rated PG for vulgar jokes that are, while bland, still vulgar. Running time: 1 hour 34 minutes. In theaters. Please consult the guidelines outlined by the Centers for Disease Control and Prevention before watching movies inside theaters.

Stir-Crazy New Yorkers Discovered an Idyllic Spot. Will They Trample It?

At In-Person Choir Rehearsals, a Balance Between Joyful and Careful