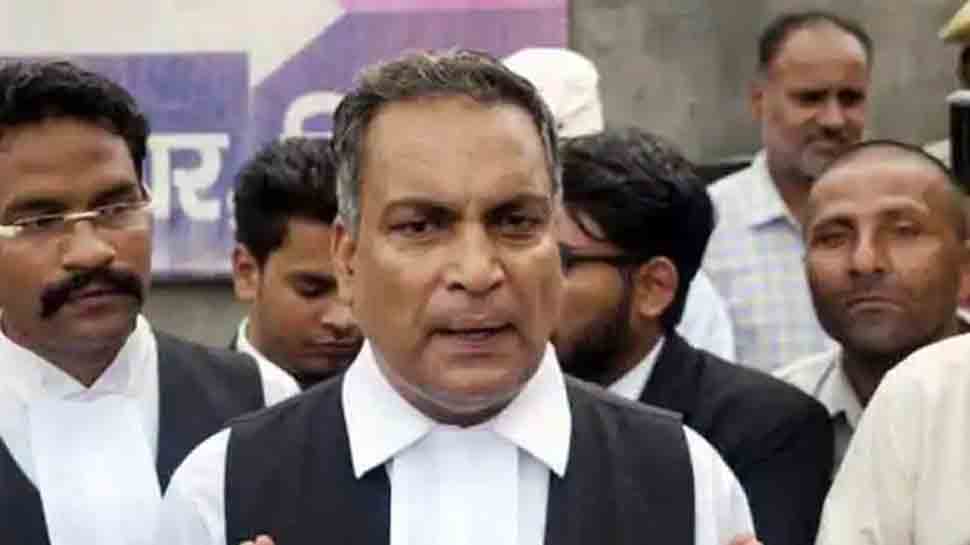 HATHRAS: AP Singh, the lawyer who fought in defence of 2012 Nirbhaya gang-rape convicts, and announced to defend the four men accused in Hathras gang-rape, arrived here on Saturday (October 10).

According to reports, Singh, along with members of Akhil Bharatiya Kshatriya Mahasabha and former Union Minister Manvendra Singh, met the family members of the four accused in the Hathras gang-rape and murder case.

Uttar Pradesh Chief Minister Yogi Adityanath had said that a conspiracy is being hatched in the state by politicising the incident in order to organise an ethnic riot. The UP Police had also filed a lawsuit under IPC sections in Lucknow.

Amid a nationwide outrage over the growing number of caste-led rape cases, the Hathras case has started receiving support from upper-caste groups who are demanding an ‘unbiased’ probe.

Meanwhile, security was beefed up outside the Hathras gang-rape victim’s house to ensure safety of her family members on Friday (October 9). At least 60 security personnel have been deployed and eight CCTV cameras installed at the house of the 19-year-old girl who was allegedly gangraped by four people in her village in Bulgarhi area in Hathras.

DIG Shalabh Mathur, who has been sent to Hathras from Lucknow as a nodal officer, told PTI that if needed a control room will also be established there.

Two security personnel have been provided to each family member and witness for their personal security, he said, adding that a team of fire department and two local intelligence unit personnel are also deployed there.

The 19-year-old girl, belonging to Schedule Caste, was allegedly gangraped on September 14 following which she was admitted to the JN Medical College Hospital in Aligarh with serious injuries. She was referred to Delhi’s Safdarjung Hospital on September 28 after her condition showed no signs of improvement.

She died the next day while undergoing treatment at the Delhi hospital. The victim was cremated in the dead of the night near her home on September 30.

Her family alleged that they were forced by the local police to hurriedly conduct her last rites. On the other hand, local police officers said the cremation was carried out as per the wishes of the family.

Kerala DHSE plus one results 2020: Score to be decalred in a few days...