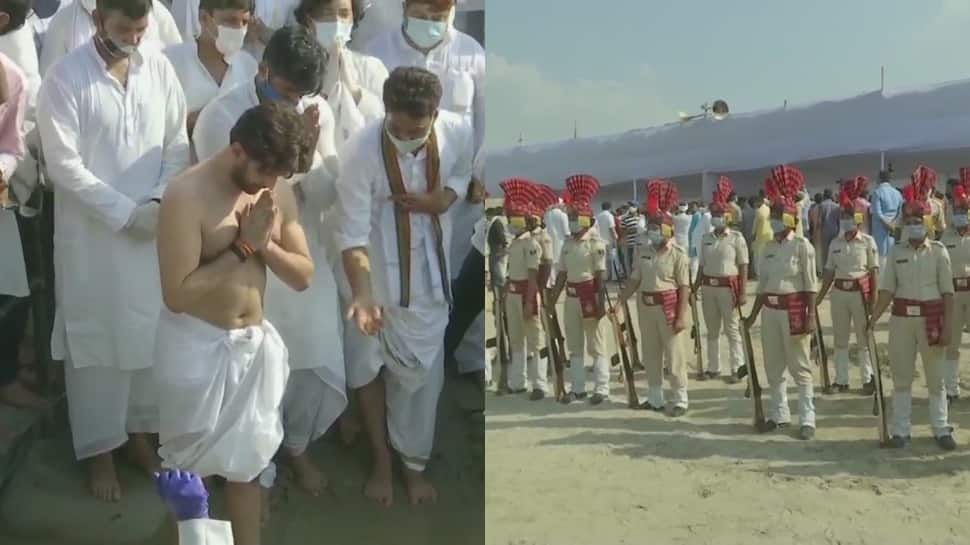 Paswan’s mortal remains arrived at the Patna airport in the early hours of Saturday and the last rites were performed at the Digha ghat.

As per reports, people had gathered in large numbers outside Paswan’s residence in Patna to pay their respects.

Paswan who had recently undergone heart surgery and was hospitalised for the last few weeks, died aged 74 on October 8.

He was the Cabinet minister of Consumer Affairs, Food and Public Distribution in the Narendra Modi-led government.

Regarded as one of the country’s most noted Dalit leaders, he was active in politics for more than five decades.

Paswan was born in the Shahbanni village of Khagaria district in Bihar and before entering politics, was reportedly selected as the Deputy Superintendent of Police in the State Police.

He entered the Vidhan Sabha in 1969 from the Alauli Vidhan Sabha seat of Khagria and was reportedly asked by the Janta Party to contest his first Lok Sabha Elections from Hajipur in 1977 which he won with a record-breaking margin.

He first took a seat as a Union Cabinet Minister in the year 1989 and was the President of the Lok Janshakti Party for eighteen years since its inception in 2000.

Who Helps Out in a Crisis?

Red vs. Red in Texas, With Republicans Battling One Another After Mask Order