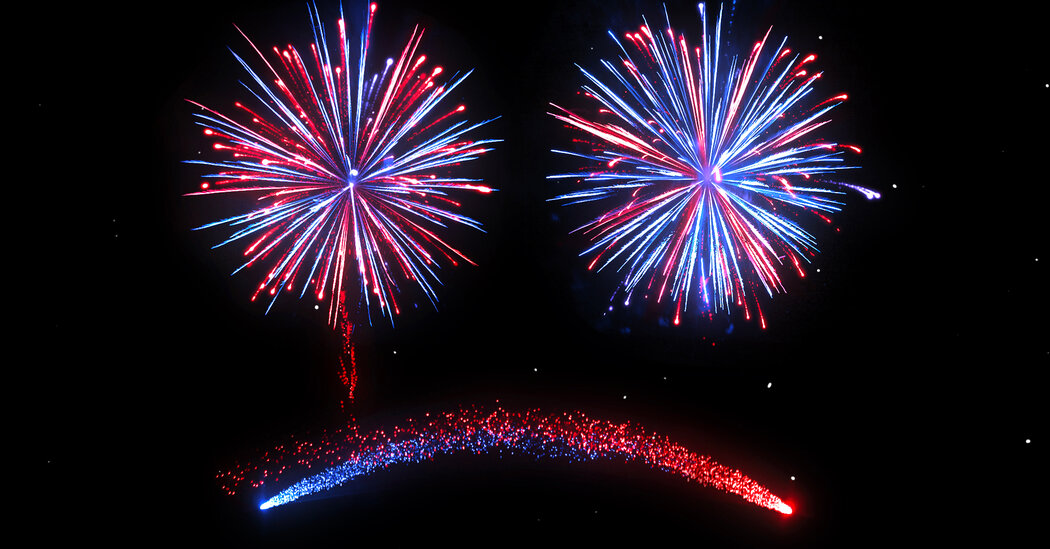 When Americans think about their country and its place in the world, it’s common for them to rehearse a naïvely self-congratulatory story that might be called the Grand Narrative of liberalism. It goes something like this:

The United States has stood for democracy and freedom since the time of its founding. In the 20th century, the country began applying these ideals to its relations with the rest of the world, which it saved first from the specter of fascism in World War II and then from the threat of Soviet totalitarianism, which it battled around the globe over the next four decades. Along the way, the United States built a liberal international order that brought peace and prosperity to countless millions on the American side of the Iron Curtain by championing the human rights of peoples everywhere.

Eventually, with the Soviets defeated, all the nations of the world were invited into the liberal fold, where they were encouraged to embrace free markets and democratic self-government. Though a few troublemaking groups and regimes have resisted the forward march of progress, the spread of liberalism has been inexorable, fulfilling the universal human longing for freedom and benefiting all those who adopt and affirm it.

Aside from a few years during the 1970s, when military defeat in Vietnam, the traumas of Watergate and a hangover from the cultural convulsions of the 1960s briefly inspired pangs of national self-doubt, the Grand Narrative of liberalism has dominated public discussion and debate in the United States. Until roughly five years ago, that is. That’s when antiliberal passions that had been stirring for some time on the right and left first began to win popular support in America and elsewhere, driving Bernie Sanders’s potent primary challenge to Hillary Clinton, preparing the outcome of the Brexit referendum in Britain and making possible the victorious presidential campaign of Donald Trump.

Pankaj Mishra has been a longtime champion of the left-wing variant of this ascendant antiliberalism. “Bland Fanatics: Liberals, Race, and Empire” collects essays written between 2008 and 2020, but the outlook that informs them is consistent across both sides of the mid-decade populist divide.

In a lacerating introduction and 16 acidic chapters adapted from articles published in The London Review of Books, The Guardian, The New York Times and other outlets in the Anglo-American literary world, Mishra artfully pummels liberalism’s Grand Narrative. Whether writing about “the religion of whiteness” or Jordan Peterson, Ta-Nehisi Coates or The Economist, Mishra’s goal is to shake up settled liberal assumptions and force a reckoning with the outlook of those who feel ground down and chewed up by Western capitalism and imperialism.

Mishra’s title comes from an observation by the theologian Reinhold Niebuhr, who noted in 1957 that the ruling classes of the West were dominated by “bland fanatics,” who treated “the highly contingent achievements of our culture as the final form and norm of human existence.” In more recent decades, Mishra says, these “simple-minded and misleading ideas and assumptions” have come “to shape the speeches of Western statesmen, think tank reports and newspaper editorials, while supplying fuel to countless logrolling columnists, television pundits and terrorism experts.”

Yet “a great correction is underway today, with triumphalist narratives of British and American exceptionalism interrogated” as never before and “the world as we have known it … crumbling.” Through much of the book, Mishra sounds downright giddy to be living through a time when “many of our exalted ideas about ourselves have collapsed” and “mind-numbing simplicities about democracy” are being shattered.

Among the revelations coming to be more widely understood, Mishra claims, is an awareness that capitalism and imperialism necessarily depend on and imply each other. Capitalism requires access to abundant natural resources, cheap labor and vast markets for selling goods. Yet rather than squarely facing the resulting exploitation and violence, the West has told itself happy tales of Native peoples flourishing in a subjugation for which they are either naturally suited or out of which they are expected to climb by taking advantage of the supposedly plentiful opportunities of capitalism itself. In reality, these opportunities are often scarce and rigged to benefit the wealthy and powerful far more than they do the upward strivers at the bottom of the global economic hierarchy.

With chapters telling different aspects of this story across numerous regions and historical eras, Mishra supplies readers with material to construct an alternative to the liberal Grand Narrative. This counternarrative begins not with ideals of democracy and freedom but with settler colonialism wiping out America’s Native populations to make land available for white development, chattel slavery fueling capitalist growth through the mid-19th century and then imperialism enabling the economic exploitation of societies abroad.

Woodrow Wilson justified it all by recasting “America’s strategic and political interests as moral imperatives, and its foreign interventions as necessary acts of international responsibility.” American muscle-flexing around the world — from World War I through the Cold War — was justified in terms of the global good, with “national exceptionalism” transformed into an “unimpeachably noble” crusade for democracy. The moralistic self-justification became even more inflated after 1989, with elites throughout the West coming to believe that the expansion of the capitalist marketplace around the world was not only universally beneficial but perhaps also inevitable. This self-certainty has left these elites ill prepared to understand the discontents feeding the populist backlash today.

There’s enough truth in Mishra’s alternative history for it to stand as a useful corrective to the Grand Narrative that still maintains a firm grip on the imagination of many in the West. But that doesn’t mean Mishra’s counternarrative is anything close to sufficient. Instead of a theodicy of liberalism or a pitch-black tale of the West’s rapacious moral hypocrisy, it’s possible to tell a third kind of story — this one focused on power and interest quite apart from the ways it gets morally justified.

In this alternative account, the United States ruthlessly conquers the Indigenous peoples of North America and brutally exploits slave labor, but it also enunciates high-minded principles of liberation to which oppressed people at home and abroad regularly appeal in order to demand reform. The country also builds a formidable economy that attracts immigrants from around the world, powering a rapid ascent on the global stage.

In the course of defeating an alliance of tyrannical states in World War II, America ends up a major world power but soon finds itself confronting a new totalitarian adversary while still responsible for the defense of war-ravaged Western Europe and Japan. The ensuing superpower rivalry with the Soviet Union increases the military and economic might of the United States still further. By the time the Cold War comes to an end with the implosion of Communism in 1989, America and its allies are capable of projecting military and economic power into every corner of the globe.

The advantage of treating history as a drama of power and interest rather than a morality play is that it forces us to contemplate the concrete choices and trade-offs faced by people in positions of political responsibility. Mishra detests liberalism and capitalism. That much is obvious from his unremittingly polemical prose. What is much less clear is what, specifically, he thinks would be preferable.

Would Mishra like to see the United States withdraw entirely from the Muslim Middle East, allowing Russia, Turkey, Saudi Arabia and Iran to determine its fate? Does he think life would measurably improve in his native India if America drew down its military presence in South and East Asia, allowing China to dominate the region unimpeded? Can he really believe that the world’s poor would be better off if the norms, expectations and constraints of the American-led rule-based international order were scrapped?

As a goad to liberal self-criticism, Mishra is well worth reading. But when it comes to a positive program, he has little to offer beyond airy talk of the need for greater justice and equality — and the unpersuasive insinuation that he and his ideological compatriots can achieve everything they desire merely by encouraging their opponents to slit their own throats in a fit of self-loathing.

Resisting the temptation of naïve self-congratulation is apparently harder than it seems.

Why Ruth Bader Ginsburg Wasn’t All That Fond of Roe v. Wade

A Painter Who Puts It All on the Line