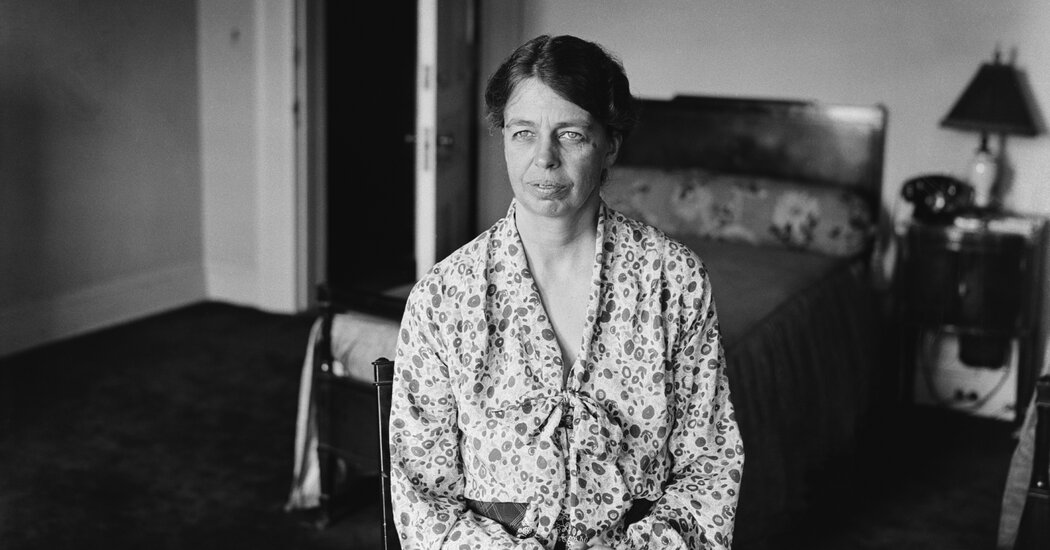 Eleanor Roosevelt was the most important first lady in American history. Or at least until Hillary Clinton. But when Hillary was in the White House she claimed she was communing with Eleanor’s spirit, looking for inspiration.

Eleanor came from an important family — Uncle Theodore, after all, was president. But her upbringing was so grim that it’s a wonder she emerged functional, let alone one of our nation’s great humanitarians. Her haughty mother humiliated her by calling her “Granny.” Her alcoholic father was the beloved parent, but hardly someone you could count on in a pinch. Once she reached adolescence, Eleanor was installing triple locks on her bedroom door “to keep my uncles out.”

She compensated for feelings of unattractiveness and rejection with good works. As she grew to adulthood, Eleanor threw herself into the settlement house movement to serve the poor. Her boyfriend Franklin was impressed — and a little shocked — by her activities. He announced after she took him on a tour of tenement life on the Lower East Side: “My God, I didn’t know people lived like that.”

Eleanor and Franklin Roosevelt were distant cousins in a family that would probably not have chosen Franklin as most likely to succeed. The joke was that “F.D.R.” stood for “Feather Duster Roosevelt.” But he had grand ambitions, and David Michaelis, the author of biographies of Charles Schulz and N. C. Wyeth, suggests he “was wise enough to know (as only a boy named ‘Feather Duster’ knows) that if his will to power was to be taken seriously, he needed a woman of urgency by his side.”

Eleanor and Franklin married in 1905 and she quickly had six children, five of whom survived. Her public story began in 1921, when Franklin came down with polio. The disease robbed him of his ability to walk, and Eleanor became his legs. She was an unstoppable force in his successful campaign for governor of New York in 1928. Her energy level always seemed to be someplace between prodigious and terrifying. Following her through the pre-White House era, you can already see how she’d evolve into a first lady who visited with more than 400,000 troops in the South Pacific in World War II.

“I’m only being active until you can be again,” she wrote him. “It isn’t such a great desire on my part to serve the world & I’ll fall into habits of sloth quite easily!”

The marriage, sadly, was not working out nearly as well in private as it was in public. Eleanor, Michaelis says, “found the sexual side of their marriage less than pleasant and perhaps so did he.” If so, Franklin’s diffidence was apparently limited to his wife. Back in 1917 Eleanor discovered he had been having an affair with her social secretary, Lucy Mercer, which Michaelis suggests was an important moment in American history. Maybe it was, since the marriage became more of a political partnership than romantic attachment. Eleanor agreed to stay and Franklin vowed he would never see Lucy again, in what turned out to be one of American history’s more famous broken promises.

Eleanor’s own romantic life gets thorough treatment, given that much or all of it seemed to involve crushes rather than consummation. There was Earl Miller, a state trooper who tutored her in self-defense. And Lorena Hickok, an Associated Press reporter who would eventually leave her job to work in the White House. Eleanor was definitely in her thrall. (“Oh! I want to put my arms around you. I ache to hold you close.”) But women of their generation often wrote letters to friends that sounded like mash notes and historians have had a hard time with the very specific question of whether Eleanor and her “Hick” did the deed. Michaelis’s description of their relationship suggests the physical details didn’t matter.

What’s really important to history is Eleanor’s public life once Franklin was elected president in 1932. She wanted to bring him stories about the real America and she traveled around the country bearing witness to the grief of its Depression-racked citizens. It was not at all what Americans expected of a first lady but as time went on, Michaelis writes, “fewer minded that the wife of the president was driving alone by night through villages and four-corners hamlets and stopping for gas on the outskirts of town.”

Michaelis is careful to point out the ways in which the younger Eleanor was not ahead of her time. He has a collection of examples of her early anti-Semitism. And she told white Southerners she “quite understood” their point of view on racial matters.

But she evolved, way ahead of most of the nation. In 1938, she attended a memorable meeting of human rights groups in Birmingham, where the not-yet-notorious Sheriff Bull Connor banned integrated audiences. So Eleanor sat on the side where the Black participants were cordoned off. When the police ordered her to move, she put her chair in the aisle and sat down.

After Pearl Harbor, Eleanor insisted on going to the Pacific war zone to support the troops. A visitor asked Franklin if that kind of trip wouldn’t leave her exhausted. “No,” her husband replied. “but she will tire everybody else.”

Eleanor’s worry was different — she was afraid that the troops would hear rumors about a female visitor, imagine a glamorous entertainer and be disappointed when she walked into the room. Not a problem. She toured the hospitals, speaking to each wounded soldier, and got up at 5 in the morning so she could have breakfast with the enlisted men. Fleet Adm. Bull Halsey, who had lobbied vigorously against her trip, recanted, declaring, “She alone accomplished more good than any other person or any group of persons who passed through my area.”

Eleanor was not with Franklin when he died of a cerebral hemorrhage at the presidential retreat in Warm Springs, Ga., in 1945. And she was shocked when she discovered his old lover Lucy Mercer had been there, and that her daughter Anna had set up Mercer’s trip to give her ailing father the kind of comfort his wife never seemed able to provide.

Harry Truman cannily appointed Eleanor to a high-profile job in the new United Nations General Assembly, which was about to open in London. Early on she kept a low profile, working “six and a half days a week, 18 to 20 hours a day.” Her goal was adoption of a Universal Declaration of Human Rights. In 1948, it happened. Moments after the vote, Michaelis reports, she quietly walked into the room, wearing no ceremonial clothes or makeup. “Her fellow delegates then accorded her something that had never been given before and would never be given again in the United Nations: an ovation for a single delegate by all nations.”

Her private life had evolved in a radical new way — her last great unconsummated love, Dr. David Gurewitsch, had married a young art dealer and set up housekeeping in Manhattan. In 1959, after “three decades in which Eleanor had spent no more than 10 days in a row in any one apartment or home, or even in any one town and city,” Michaelis writes, she bought half a share of a townhouse in Manhattan where from age 75 on, she “lived under the same roof with the man she loved — and with that man’s wife.” She was a kind of precursor to the Gray Panthers, in a commune of her own choosing.

She died on Nov. 7, 1962, exactly 30 years after the day Franklin was first elected president. She had wanted a simple funeral, but, as Jackie Kennedy noted, it turned into an event “as complicated as an inauguration,” with the president, vice president, two ex-presidents, three first ladies (past, present and future) and the chief justice of the United States among the mourners.

Trump again tramples on his own message, as Biden courts older voters in Florida.