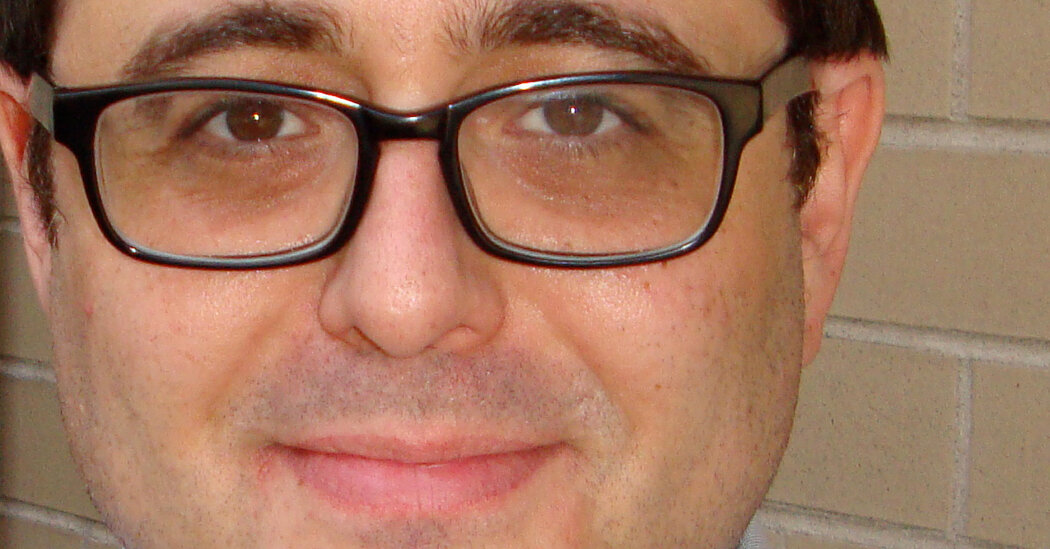 “To be a Jew in the twentieth century / Is to be offered a gift,” Muriel Rukeyser observed in a poem that has made its way not just into anthologies, but also into prayer books. If that sounds odd, looking back at the 20th century, let me assure you Rukeyser wasn’t being naïve; she was writing in the early 1940s, and she went on to acknowledge that “to be a Jew” wasn’t the kind of gift that’s easy to accept — in fact, she wrote, “The gift is torment.”

The poet and critic Adam Kirsch seizes upon that conflicted quality of Jewish experience as the organizing principle for his new survey of “some of the most significant and compelling Jewish books of the 20th century.” He calls it “The Blessing and the Curse,” and aside from being a nod to Deuteronomy by a contemporary literary essayist who has spent recent years boning up on the Jewish classics, this is a sensible enough way to approach the century, as it accounts for its Jews’ very low lows (victims of genocide) and very high highs (long-awaited sovereignty and gobsmacking success).

In four sections, each offering short essays on slightly less than a minyan of books, Kirsch covers what we might call the Common Core version of 20th-century Jewish history: Europe, America, Israel and God — the last treated in a section titled “Making Judaism Modern.”

Within this framework, Kirsch plays all the greatest hits: Franz Kafka, Isaac Babel and Anne Frank, as well as the Nobel laureates S. Y. Agnon, Isaac Bashevis Singer, Elie Wiesel and Saul Bellow. The concluding section on theology contains some likely less familiar names — Hermann Cohen, Joseph Soloveitchik, Judith Plaskow — but I’m here with my Ph.D. to tell you that they would raise no eyebrows on an “Introduction to Jewish Studies” syllabus.

Kirsch’s essays are expertly made, each one deftly including just enough historical context, healthy portions of summary and exposition, and the lightest sprinkling of interpretation and evaluation. He says just enough to make the value of a book clear, without too many spoilers, and he doesn’t go on too long or belabor his points. The essays could serve as models for anyone asked to write the introduction for a new paperback edition of a well-worn text.

Along the way, Kirsch covers major topics and concepts in modern Jewish history, anti-Semitism and exile and immigration and genocide and so on, and he quotes an anthology’s worth of key lines and slogans. “Someone must have slandered Joseph K., for one morning, without having done anything wrong, he was arrested” (Kafka); “My heart, stained crimson with murder, squeaked and overflowed” (Babel’s “My First Goose”); “If you will it, it is no dream” (Theodor Herzl); “I still believe, in spite of everything, that people are truly good at heart” (Anne Frank); “I am an American, Chicago-born” (Bellow’s “The Adventures of Augie March”). In some cases, Kirsch adds an important gloss — Frank’s line “in context … sounds almost desperate, something she says not because it’s true but because she needs to believe it,” Kirsch insightfully notes — but often he’s simply recalling for his audience a quotable quote.

Kirsch offers for each book a crystal-clear and eloquently phrased summation that no intelligent reader could disagree with. What Wiesel’s “Night” “wants to communicate about the Holocaust” is that “afterward … the world can never be the same.” For Anzia Yezierska, author of the classic novel “Bread Givers” (1925), “the Jewish past” is “a combination of inspiration and burden.” Amos Oz’s early stories about kibbutz residents suggest that “the qualities of toughness and overbearing confidence that built up the State of Israel might also end up dooming it.” Yes, yes, it’s all true — who would argue?

Readers who will appreciate the accessibility and clarity of these essays will also be relieved to discover that Kirsch has kept at bay any trappings of academic literary scholarship (citations, notes). Experts, on the other hand, might notice that Kirsch often errs when he says something was the “first” of its kind. They might be peeved when he promulgates a myth, thoroughly debunked by the historian Hasia Diner, that the Holocaust was, for a decade and a half after the end of World War II, an “unprocessed trauma,” and that “it took American Jewry a generation to begin to come to terms with it.” Speakers of many languages — who may notice that of the famous lines above, only one was composed in English — might also be annoyed that while Kirsch acknowledges Jews’ literary multilingualism, he never delves into the complexities of translating from Russian, German, Yiddish, Hebrew and other languages.

In other words, Kirsch does not propose a new and improved canon. He surveys one we’ve been kicking around for quite a while — back in 2000, the scholar Ruth Wisse treated many of the same books in “The Modern Jewish Canon,” based on a course she taught to thousands of students at Harvard, Kirsch’s alma mater — and expresses his belief in its powers.

In fact, more than anything else, Kirsch’s new book is an expression of his abiding faith. Not a faith in God, Zionism or America — he is open-minded about all of these, willing to see the different sides. Instead, Kirsch’s is a traditional liberal faith in books themselves, and in their power to edify, soothe and unite people. It’s a faith shared with many writers and readers of book reviews, and it’s the same one that led a group of young American Jews to create the Jewish Publication Society in Philadelphia in the 1880s, at a moment of crisis and division, on the theory that books could “enlist the sympathy of all, even the most rigidly orthodox, and even the most wildly radical,” and “form a meeting point of intellectual kinship to those who, on religious and doctrinal grounds, are most wildly and bitterly dissevered.”

Such a faith in books has sometimes been dismissed as middlebrow, at least by intellectuals. But in our collapsing America, stopping to read a book, let alone a whole shelf of them, as Kirsch has done — rather than distractedly scrolling through a listicle of 10 takeaways from some new tell-all — has come to seem an increasingly noble, perhaps utopian, act.

As fascism flowers at home and abroad, and conspiracy theorists sharpen their knives while readying congressional bids, why not hope, alongside Kirsch, that a few readers will find their way for the first time to a writer like Primo Levi or Grace Paley or Abraham Joshua Heschel, and through them to a more nuanced and accepting understanding not just of Jews, but also of recent history? As Anne Frank wrote, “Where there’s hope, there’s life.”

Gene Budig, Last President of the American League, Dies at 81