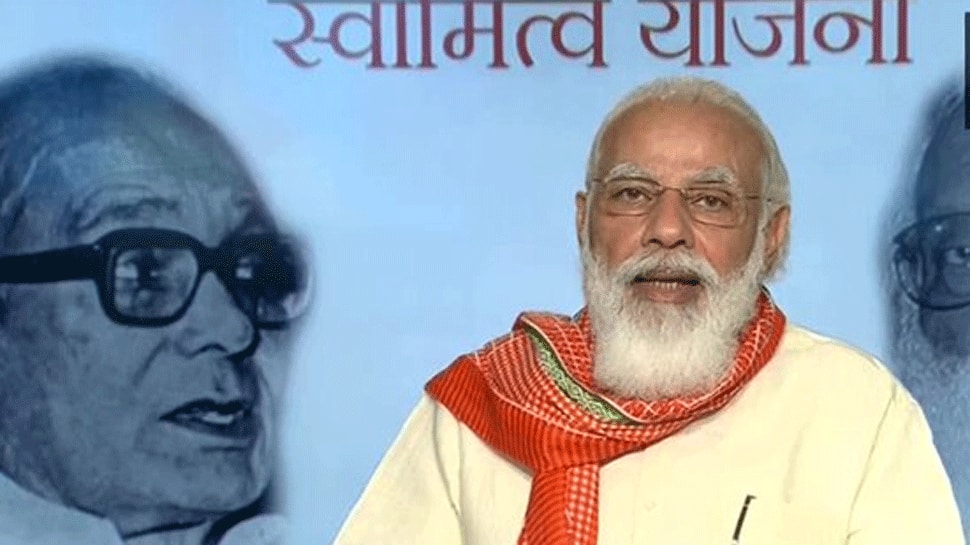 New Delhi: Prime Minister Narendra Modi on Sunday lauded the work of his government and said that due to several schemes bought by his government, today nearly two crore homeless people have pucca house.

Addressing public at the launch event of distribution of property cards under SVAMITVA scheme, PM said, ”For decades, crores of families in villages across the country did not have a home of their own but due to several schemes launched under his governance  nearly two crore poor families in the villages have got pucca houses.”

Highlighting the importance of today’s date, PM Modi also said, ”I’m delighted that such great work is being done on a day that has historic importance. Today, is the birth anniversary of Lok Nayak Jayaprakash Narayan and Nanaji Deshmukh.”

PM Modi launched the physical distribution of Property Cards under the ‘Survey of Villages and Mapping with Improvised Technology in Village Areas’ (SVAMITVA) scheme, through video conferencing.

The beneficiaries of the SVAMITVA scheme belong to 763 villages across six states, including 346 from Uttar Pradesh, 221 from Haryana, 100 from Maharashtra, 44 from Madhya Pradesh, 50 from Uttarakhand and two from Karnataka.

Taking to his Twitter handle PM Modi said that this launch of SVAMITVA scheme is a landmark day for rural development.

Notably, the SVAMITVA scheme was launched by the PM in the month of April which enables rural masses to use property as a financial asset.

‘S.N.L.’ Has a Theory About the Fly That Landed on Mike Pence’s Head