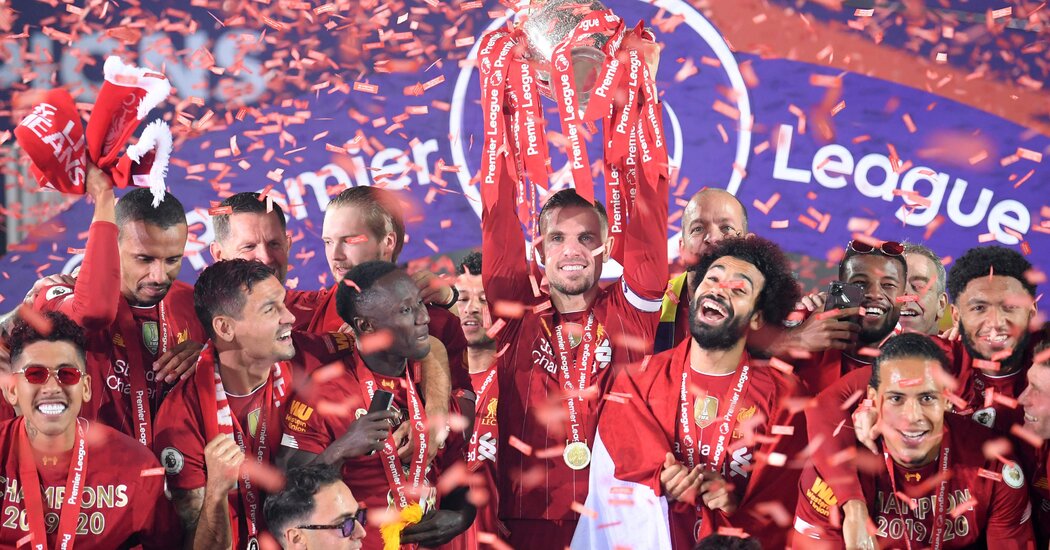 Taken together, the proposals amount to the biggest changes in English soccer in more than a quarter of a century. An 18-team Premier League. Hundreds of millions of dollars in extra payments from Premier League clubs to their poorer rivals. And an end to direct payment to clubs relegated from the top division.

The reform plan — the brainchild of the American owners of England’s two biggest and most-successful clubs, Manchester United and Liverpool — would remake the structure that governs English soccer’s four professional leagues, and replace it with what those behind the idea have pitched as a more sustainable model.

The biggest change would see the Premier League shrink from its current 20 teams to 18, perhaps as soon as 2022, and transfer critical decision-making power in the league from the consensus-driven model that has been at its core for three decades to one in which a handful of the richest teams get a bigger say.

The details were first reported by The Daily Telegraph and confirmed to The New York Times by two people familiar with the discussions. The people declined to be identified because talks remain ongoing. But Rick Parry, the chairman of the English Football League, the organization that represents the 72 clubs below the Premier League, who had been involved in the talks, gave his backing to the proposal in The Telegraph article.

The Premier League reacted with frustration, saying that the talks should have been carried out in a more open and inclusive manner.

“In the Premier League’s view, a number of the individual proposals in the plan published today could have a damaging impact on the whole game and we are disappointed to see that Rick Parry, Chair of the EFL, has given his on-the-record support,” the Premier League said in a statement.

John W. Henry, the billionaire owner of Liverpool, and his Manchester United counterpart Joel Glazer have been discussing the plans for changes to the Premier League for a number of years. But they are hoping to seize on the chaos wrought on professional soccer in England by the coronavirus, which has already caused millions of dollars on losses for the top teams and threatened the financial viability of some smaller ones, to crystallize their ideas and push through the changes they seek.

The current plan promises 250 million pounds ($326 million) in emergency funding from the Premier League to the three professional divisions immediately below it, and a pledge that those leagues would receive 25 percent of the total income of the Premier League from the first season under the new framework, which the reform plan’s backers hope would be as early as the 2022-23 season.

The Premier League currently requires the consent of 14 of its 20 clubs to approve decisions large and small, a setup that has strained the bond between the biggest teams and the rest. Under the reform proposal, a group of as many as nine of the longest serving members of the Premier League would have greater say over how it is run, including the right to veto new owners from buying control of clubs in the league.

To sweeten the deal, the plan also promises to share money with another key stakeholder: England’s Football Association. To secure its approval, or at least fend off its opposition, the F.A., which governs the sport in England, would receive a one-time payment of 100 million pounds ($130 million) to help mitigate the damage inflicted on its finances by the coronavirus pandemic.

That Liverpool and Manchester United are at the heart of the reform movement immediately led to criticism on social media, with fans and commentators suggesting the two clubs are looking to further entrench their interests and positions atop global soccer.

The push to reduce the league to 18 teams mirrors the views of Andrea Agnelli, the president of the Italian champion Juventus and the leader of the influential European Club Association, a lobby group for top division teams. Agnelli has said that he favors reducing the size of domestic leagues in order to create space for more meaningful games between Europe’s elite teams, but he also has been one of the biggest proponents of shifting power in European soccer to the clubs that dominate it.

What Kind of Second Gentleman Would Doug Emhoff Be?

The Poly-Parent Households Are Coming

Amid a Pandemic, Supporters Hope John Lewis Can Still Lie in State in the...