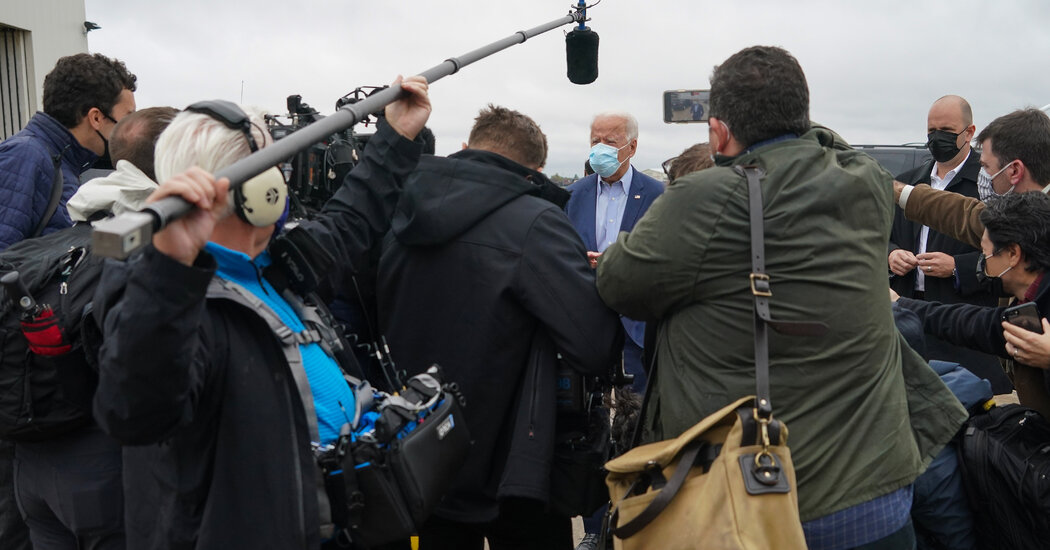 “Her faith should not be considered,” Mr. Biden, himself a churchgoing Catholic, told reporters Monday morning, according to a pool report.

“No one’s faith should be questioned,” Mr. Biden added, framing the Supreme Court battle as one about protecting access to health care.

Mr. Biden has repeatedly sought to make the court battle about preserving the Affordable Care Act — which the court is slated to consider a week after Election Day — rather than about Judge Barrett’s conservative beliefs.

“Let’s keep our eye on the ball,” he said. “This is about whether or not, in less than one month, Americans are going to lose their health insurance.”

Will Trump participate in the next two debates? The White House won’t commit.

Is This Whistle the Future of Refereeing?

For 3 Filmmakers, Now Is the Best Time for a Coronavirus Documentary