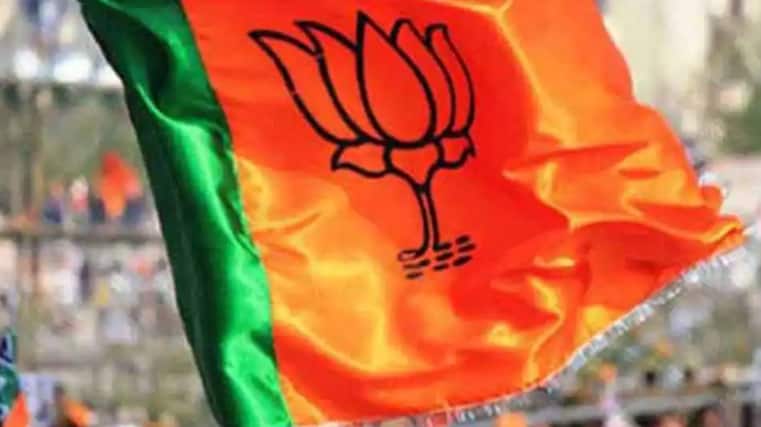 New Delhi: Bharatiya Janata Party (BJP) has released a list of 46 candidates for the second phase of upcoming assembly elections in Bihar while keeping an eye on the upper caste support base along with other segments of its vote bank. Its list has also tried to make inroads in the sizeable OBC and Dalit vote bank in the upcoming assembly elections in Bihar.

According to the list, among the key candidates, Renu Devi will contest from Bettiah, Mithilesh Tiwari from Baikunthpur, and Asha Sinha from Danapur Assembly Constituency.

Earlier on Tuesday, BJP announced the names of candidates of 27 seats which are going to polling in the first phase of the Bihar Assembly election. The party has given tickets to Land and Revenue Minister Ram Narayan Mandal from Banka, Labour Minister Vijay Sinha from Lakhisarai, and Agricultural Minister Prem Kumar from Gaya. Shooter Shreyasi Singh, who recently joined the BJP, will contest from Jamui.

The BJP had got more than half of these under the seat-sharing arrangement with Chief Minister Nitish Kumar’s JD(U). The saffron party’s list of candidates for the second round of voting was released on Sunday.

Nearly half of the BJP’s 46 candidates for the second phase of voting belong to the upper castes Rajputs, Bhumihars, Brahmins, Kayasthas, and Vaishyas which constitute the core base of the saffron party in the state.

The party has also given tickets to eight Yadavs, seeking to make a dent into the opposition RJDs unquestionable sway over the most sizeable OBC group in the state. Notably, Yadavs form nearly 15 percent of the electorate in the state and the NDA parties are trying to cash in absence of Prasad from the poll scene to wean away from the core support base of the RJD.

In the BJP’s list, candidates from other OBC groups also figure along with seven Dalits, seeking votes for the party in as many reserved constituencies.

Out of the 46 seats in the second phase, the BJP has also set aside five from its quota for the Vikassheel Insaan Party, headed by former Bollywood set designer Mukesh Sahni who left the opposition camp and joined the NDA nearly a week ago.

The VIP has been allocated total of 11 seats for all three phases of the polls by the saffron party from its share of 121 seats in the NDA. Rest 122 seats in the NDA camp have gone to the JD(U) out of which it has provided seven to Hindustani Awam Morcha of the former chief minister Jitan Ram Manjhi. The BJP had won 20 out of the seats going to polls in the second phase.

Its sitting members in four of these Sugauli, Chanpatiya, Siwan, and Amnour have been deprived of tickets this time. Sugauli has gone to JD(U), while the BJP has placed its trust in new faces in the remaining three.

Union Minister Ashwini Kumar Choubey’s reported lobbying for his son Arijit Shashwat seems to have paid no dividend in Bhagalpur where the party has placed its trust in district unit chief Rahul Pandey.

The BJP has come out with names of its candidates for a total of 75 seats which go to polls in the first two phases. Unsurprisingly, not a single Muslim has been given the party ticket though ally JD(U) has fielded nearly a dozen.

Notably, the upcoming Bihar Assembly elections will be held in the absence of RJD leader Lalu Prasad`s light-hearted jibes at his political rivals since he is in jail after conviction in fodder scams.

Former RJD leader Raghuvansh Prasad Singh would be another leader who will also be missed in the upcoming poll battle. Raghuvansh, who was close to Lalu Prasad, had died on September 13 at AIIMS in Delhi.

The elections for 243 Assembly seats will be held in three phases — for 71 seats on October 28, for 94 seats on November 3, and the remaining 78 on November 7. The results will be announced on November 10.

The BJP has also announced the list of star campaigners. The list will be updated according to the election phase and schedule, said BJP on Monday while asking to people to avoid “misleading news”.

The response came a day after the party released the list of 30-star campaigners for the poll-bound state in which the name of national spokespersons–Rajiv Pratap Rudy and Syed Shahnawaz Hussain–names were missing.

Remote but Inclusive for Years, and Now Showing Other Companies How

Europe’s museums are open, but the public isn’t coming.